Aberdeen-based exporter John Ross says the last few months have been the company's hardest in 30 years.

One of Scotland’s top salmon exporters has accused the UK Government of “gross incompetence” over new Brexit rules.

Victoria Leigh-Pearson, sales director at Aberdeen-based John Ross, said in a strongly-worded letter to business secretary Alok Sharma that the last few months have been the company’s hardest in 30 years.

John Ross supplies salmon to the Queen and has built an export network to 36 countries.

She says the UK Government has issued a “barrage of useless information, none of which has added any clarity or value to businesses and there has been an absence of factually correct information from all government agencies”.

Ms Leigh-Pearson said: “The advice on offer has fallen woefully short when it comes to one of the most important commercial issues of our time, and the level of support the (UK) Government has provided businesses – certainly ours, at least – amounts to gross incompetence.”

John Ross is not alone in complaining about delays related to the end of the Brexit transition period.

Other seafood exporters say they have been hit by a “perfect storm” of bureaucracy, IT problems and confusion following Brexit.

Since the New Year, dozens of lorries have been held up by bureaucracy in Scotland and France, leading to waste in the stocks of fresh fish.

The chief executive of the Scottish Seafood Association said earlier this week that he was “extremely disappointed” that his members were being hit by “unnecessary delays” caused by problems with customs barcodes and a lack of veterinary service capacity.

Parcel courier firm DPD, Marks & Spencer and Tesco are some of the other companies who say they have faced difficulties with their delivery services into Europe – including Ireland – because of pressure caused by new post-Brexit red tape.

Ms Leigh-Pearson said the delays are costing companies money and their reputation.

She wrote in her letter to Sharma: “Our hauliers have now pulled their services as such a backlog has been created. Other hauliers are not taking on new customers.

“Today, we’ve even had confirmation that the IT systems of the UK and France are incompatible. After four years, you only establish this now?

“Your so-called ‘deal’ is worthless if this situation is not fixed immediately, and unless you put in place measures to address the issues that continue to unfold on a daily basis.

“Moreover, as a seafood exporter, it feels as though our own government has thrown us into the cold Atlantic waters without a lifejacket.”

Politicians also accused the UK Government of having imposed “extra burdens” on businesses at a time of “unprecedented challenge”.

Constitution, Europe and External Affairs Secretary Mike Russell hit out at the Conservative administration in Westminster over their “bad Brexit deal”, claiming it would be “very damaging to the economy and for jobs”.

His attack came as a new paper by the Scottish Government warned that trading costs for those firms doing business with Europe would “increase substantially due to additional customs and borders paperwork”, with this making them less competitive.

Scottish Government research has already raised fears the deal struck by Prime Minister Boris Johnson could see GDP north of the border fall by 6% by 2030 – a potential loss to the economy of some £9bn compared to staying in the European Union.

A UK Government spokesperson said: “We are working closely with the industry to help understand and address the issues they are experiencing. This includes ensuring that the UK and French systems are functioning properly to allow for quick and easy processing of information.

“We are contacting exporters, their representatives and transporters to help them understand the requirements to keep their goods moving.

“It is vital that exporters check they have entered in details correctly and ensure that they have provided the transporter of the goods with the correct documentation.

“We urge the Scottish Government to ensure they have appropriate staffing levels in place at hubs in their area to certify documentation and ensure there are no delays to food exports.

“We have given the Scottish Government nearly £200 million to prepare for leaving the EU, to minimise disruption and guarantee business readiness.”

Meanwhile, the UK Government Minister for Scotland David Duguid said the Scottish Government had “persistently refused to accept the democratic vote to leave the EU”, adding “that does not allow them to abdicate their responsibilities to Scottish businesses”. 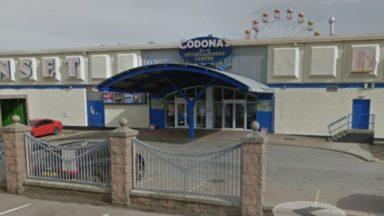 Music banned at new food market metres away from fairground 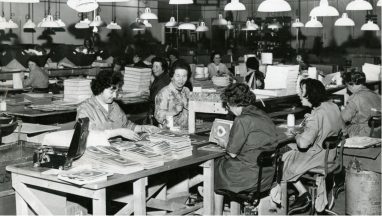