Tearful members of the extended Royal Family laid their own tributes alongside hundreds of others outside the gates of Balmoral. 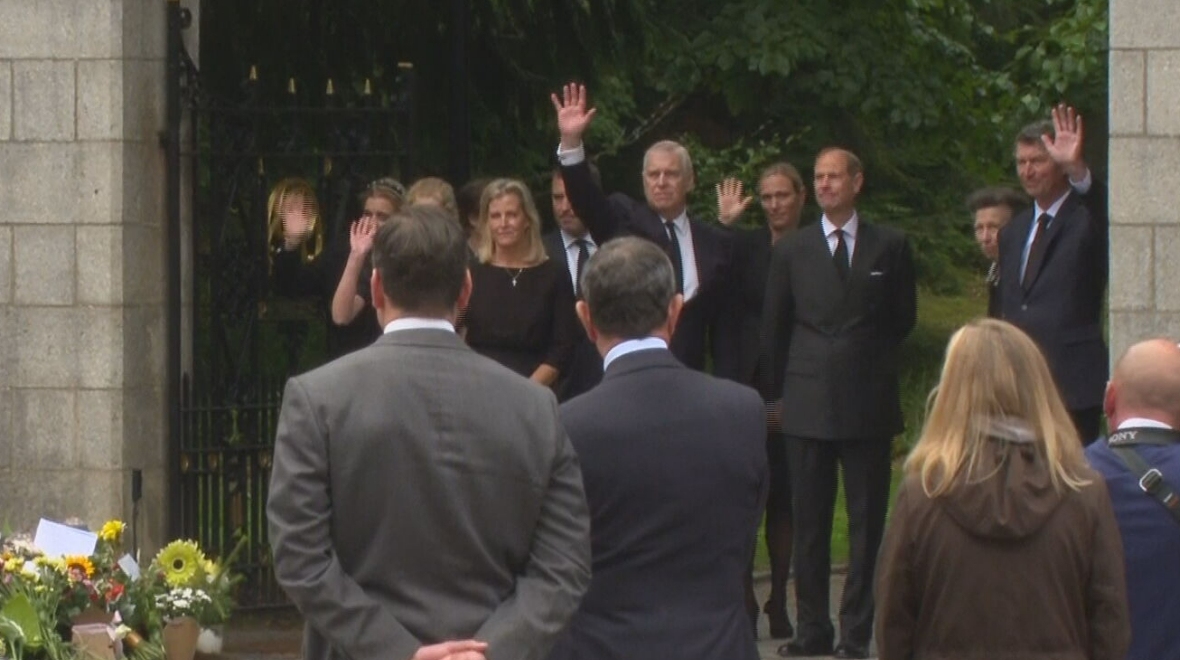 Members of the Royal family have thanked well-wishers outside Balmoral as dozens lined the street to leave tributes to the Queen.

Flanked by their children and immediate family, the Princess Royal, the Duke of York and the Earl of Wessex spoke to mourners and read hundreds of messages of condolence dotted around floral tributes outside the gates to the estate.

The family spent just under ten minutes intently reading the tributes and admiring the flowers before they returned inside the Castle, with Prince Andrew at one moment seen putting his arm around his daughter, Princess Eugenie, as she wiped a tear from her eye.

They were joined by joined the Countess of Wessex, Anne’s husband Vice Admiral Sir Tim Laurence, and the Queen’s grandchildren Peter Phillips, Zara Tindall, Princess Beatrice and Lady Louise Windsor for a walkabout after attending a prayer service at Crathie Kirk.

The Queen was a regular visitor to the church before her passing on Thursday at the age of 96.

King Charles was officially inaugurated as head of state on Saturday during a meeting of the Accession Council at St James’s Palace in London.

Asked by a mourner how things were, Andrew said: “We’ve been allowed one day, now we start the process of handing her on.”

He added: “It’s nice to see you, thank you for coming.”

Prince Edward, accompanied by his wife who was holding hands with their daughter Lady Louise, heard one group had come from Glasgow to show their support, telling them: “Thank you very much for coming all that way, we appreciate it.”

The Queen is to make her final journey through Scotland from Balmoral to the Palace of Holyroodhouse in Edinburgh tomorrow morning.

Thousands are expected to line the streets in the capital ahead of her arrival.

She will lie in state for a period in St Giles’ Cathedral, where the public will be allowed to pass by and pay their respects before she is returned to rest at Buckingham Palace for the final funeral arrangements.