Stretch of M90 closed off after van bursts into flames

Fire service spokesperson said there are no reports of any casualties after the blaze. 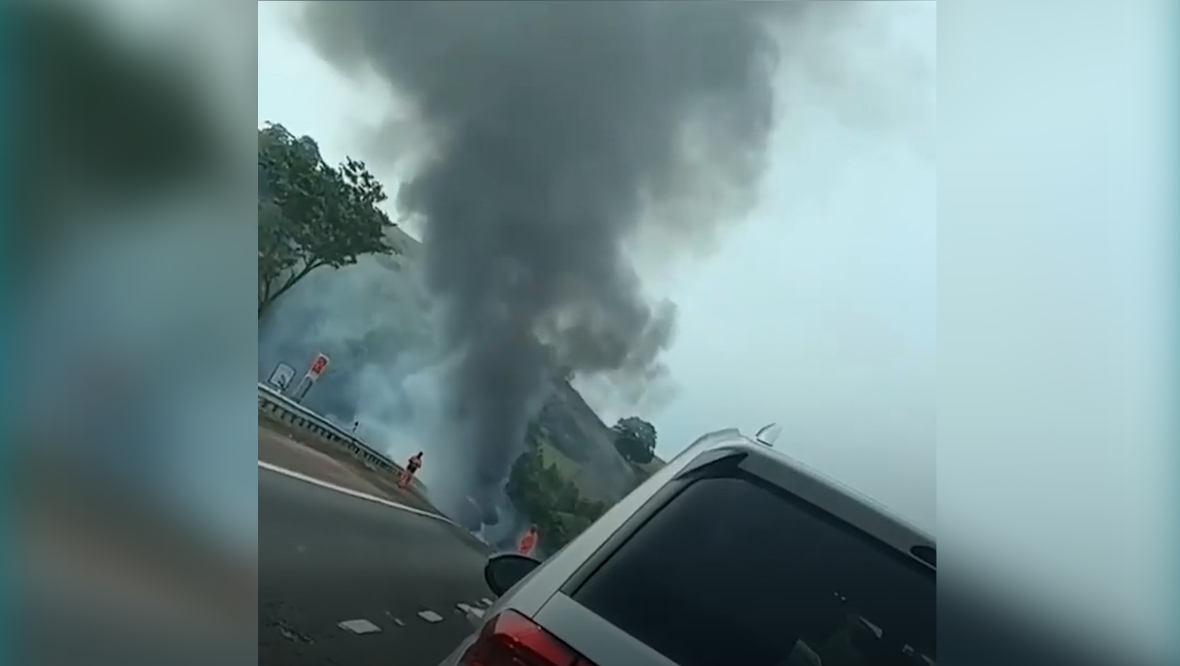 A stretch of the M90 has been closed to traffic after a van burst into flames.

Emergency services were alerted to the blaze near the Bridge of Earn on Monday morning.

The Scottish Fire and Rescue Service (SFRS) mobilised three appliances to the scene, and the fire was successfully put out.

No injuries have been reported as a result of the blaze.

Police attended the scene to assist with traffic management and the road remains closed southbound.

A Scottish Fire and Rescue Service spokesperson said: “We were alerted at 9.51am on Monday, June 11 to reports of a van on fire on the M90 southbound near Bridge of Earn.