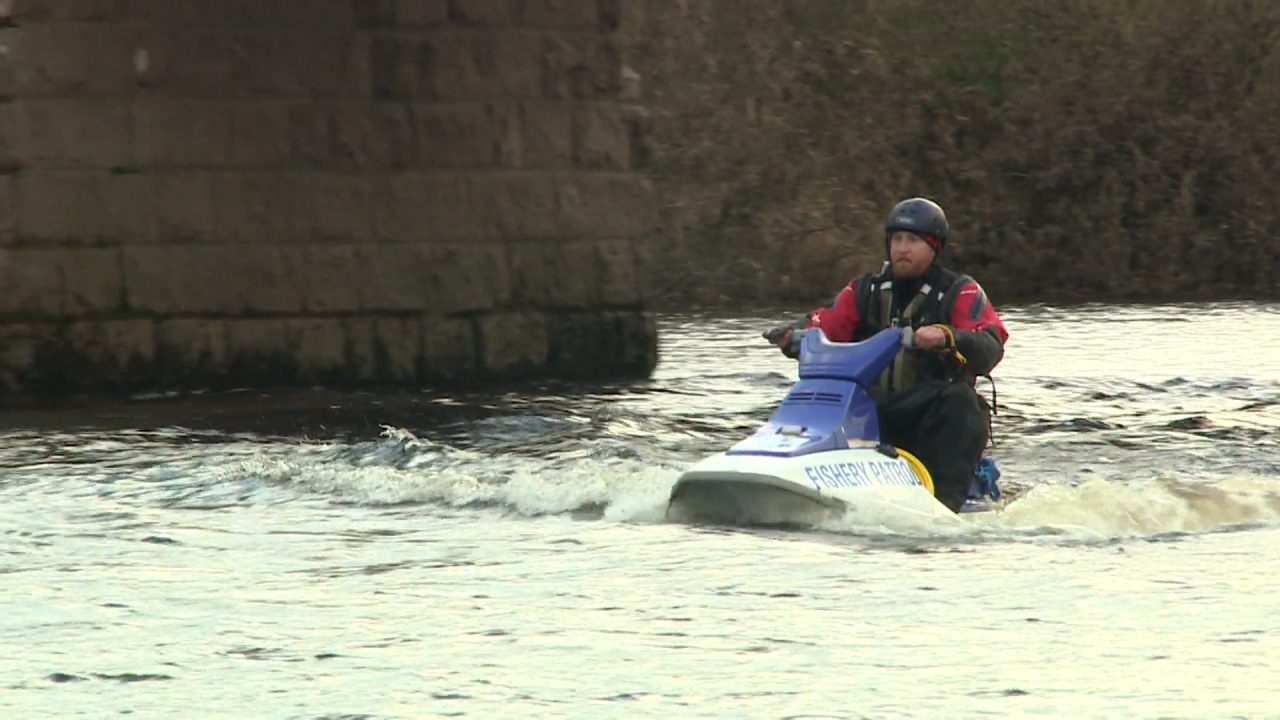 Fishery protection officers are patrolling an Aberdeen river on a jet ski to prevent seals from eating too much salmon.

Experts say half the fish in the area have disappeared over the past five years, while salmon numbers last year across Scotland were at their lowest ever.

While out on the River Dee, officers on the jet ski emit “horrible”, but non-harmful, sounds to scare seals away.

The Dee District Salmon Fishery Board said the new measure – currently at the trial stage – was proving effective.

Diarmid Hawkins, who drives the jet ski, said: “We drop a sound head into the water which emits a sound which will drive a seal out – basically a horrible noise it doesn’t like.

“It’s a noise that’s unpleasant to it, but it will stay far enough away that we can slowly move out of the river and keep away without seals being harmed.”

Protection Officers will patrol the river, which is world famous for its fishing, until April – the period during which seal visits from the sea are more common.

The sector is worth £15m to the local economy, while this part of the year is used by salmon to spawn their next generation.

But the board fears that without protection measures, the current climate could lead to their extinction.

Lorraine Hawkins, from the Dee District Salmon Fishery Board, said: “The Atlantic salmon is a really special, iconic species.

“If we don’t act now to do everything we can to save it, it will be lost in the future.”