More than a third of Scottish food bank operators were closed on the day of the Queen’s funeral. 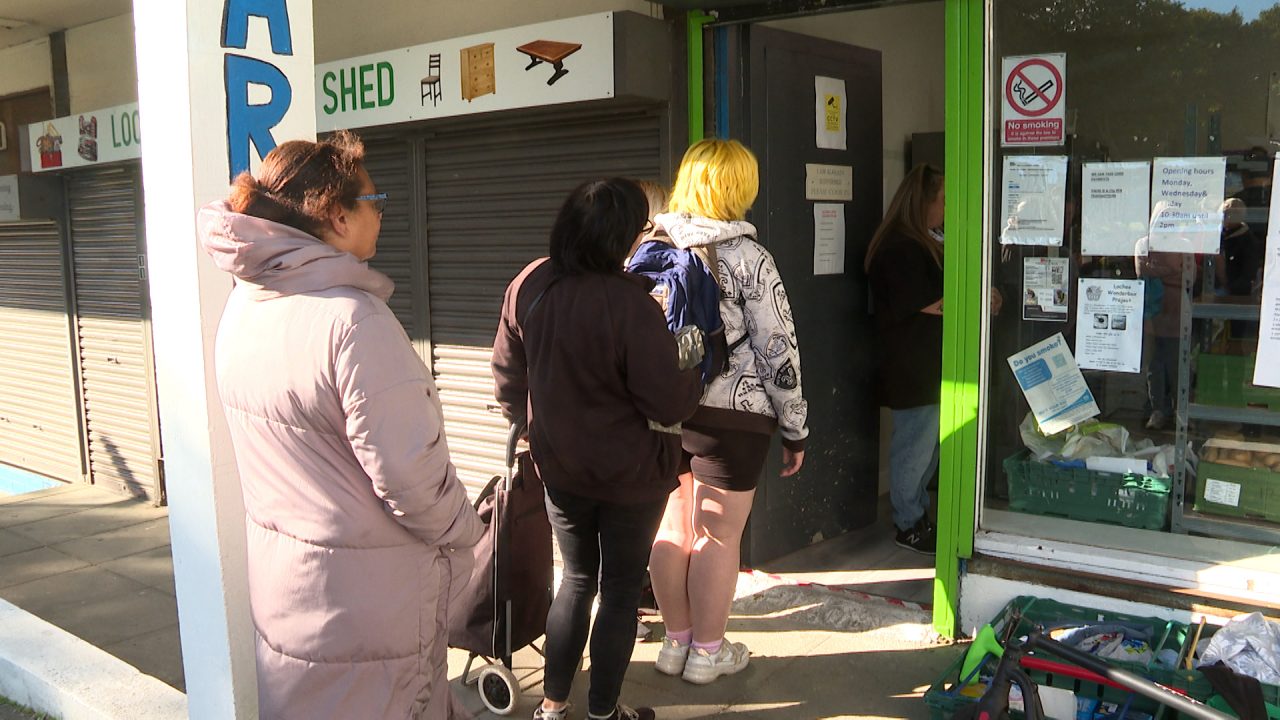 Scots have queued outside one of the few food banks which remained open on the day of the Queen’s funeral.

A number of businesses including retailers, supermarkets, and restaurants announced that their doors would be closed for 24 hours as a mark of respect to the former monarch after the day was declared a bank holiday by King Charles III.

On Friday, it emerged that more than a third of Scottish food bank operators which hold a Trussell Trust membership would also close on the day of the Queen’s funeral.

As the service took place on Monday, dozens of people queued for food parcels outside Lochee Community Larder in Dundee.

Samantha Roberts, the vice chair of the community larder said: “People are grieving for the fact that she’s died, but people are just wanting to survive as well.

“I think they’re trying to do both, but food is the priority.

“That is it. I can’t describe it because it’s not something that’s on their mind. They’re worried about the next bill they’re going to pay, the next place they’re going to get food from, how they’re going to heat their houses and for us, our little bit is, ‘well here is your food. You can have a food with a bit of dignity’.”

One woman accessing the foodbank said: “Nothing against the monarchy or nothing like that, but it’s not affected me in any way.

“The only way it’s affected me is in the shops closing.”

Several local businesses in Glasgow announced that they would temporarily operate as food banks during the bank holiday.

Non-profit fashion store The Blankfaces, on Glasgow’s Great Western Road, announced that it would accept donations and provide food to those in need on Monday, September 19.

Haylynn Canteen on the city’s Dumbarton Road is normally closed on Mondays, but announced it would operate temporarily as a food bank as well.

Outlier bakery in the Trongate area announced on Friday that it would act as a drop off point for donations of non-perishable items.

Pollokshields Food Point in Glasgow’s Southside opened in the afternoon on the bank holiday, allowing those who want to mark the occasion earlier in the day to do so, while still maintaining a “vital service” in the afternoon.

Robbie Allen, a Pollokshields Food Point Trustee, said: “Our services, and the services of other grassroots organisations like ours, are a strong and resilient community response to the continuing need for food dignity and security. We will continue to help everyone in our community, every day we can, no matter what else is going on in the world.

“If people are able, we think a great way to mark this day, would be to donate to their local food bank, either in food or in cash. If you’ve got the day off, why not donate your normal commute costs, or the costs of the coffee you’d normally buy. Every single penny donated can help.”

Last week, after announcing it would close on the day of the Queen’s funeral, Wimbledon Food Bank were forced to U-turn their decision to close following complaints across social media.