Thousands have lined the route from Aberdeenshire to Edinburgh ahead of the arrival of the former monarch's coffin at Holyrood. 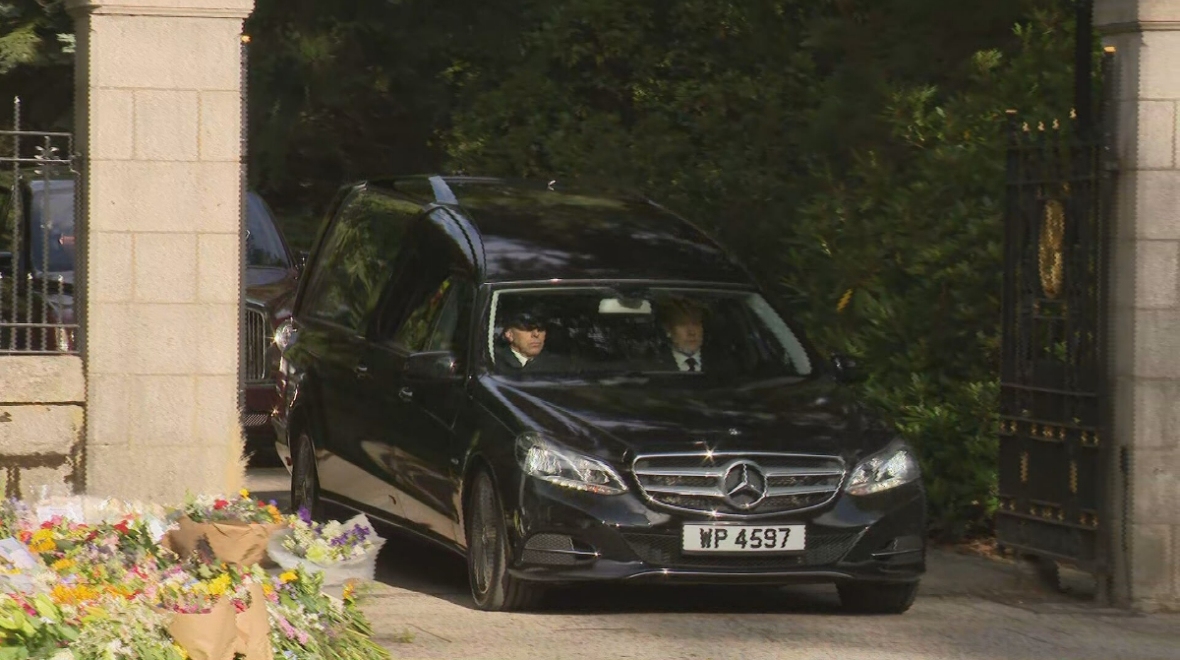 The Queen’s coffin has left Balmoral to begin her final journey through Scotland to the Palace of Holyroodhouse in Edinburgh.

The cortege left the castle – where Elizabeth II passed away on Thursday at the age of 96 – shortly after 10am on Sunday morning.

Well-wishers lined the route leaving the royal estate to pay a final tribute to the former monarch before her body arrives in the capital to lie in state for around 24 hours.

Flanked by six other vehicles, including the royal Bentley containing members of her immediate family, the cortege passed crowds in the nearby town of Ballater.

It is then expected to arrive in Aberdeen about an hour later, with tributes expected to be paid in the city’s Duthie Park.

Travelling south along the A90, it will then stop in Dundee at about 2pm before continuing on to Edinburgh.

First Minister Nicola Sturgeon and other party leaders in Scotland are expected to observe the coffin as it goes past the Scottish Parliament.

From there it will be taken into the Palace of Holyroodhouse, where it will remain for the night.

A procession up the High Street and Royal Mile on Monday will take her to St Giles’ Cathedral, where she will remain for 24 hours, allowing the public to pay tribute.

Thousands from across the country are expected to line the streets of the capital for her arrival.

Sturgeon said: “Her Majesty’s death at Balmoral Castle means Scotland has lost one of its most dedicated and beloved servants.

“The grief we have seen across the world has been profound and deeply touching. It will be especially poignant to see Her Majesty’s coffin begin its journey from her Aberdeenshire home to the Palace of Holyroodhouse in Edinburgh.

“This is a chance for people to gather together publicly and begin to mark our country’s shared loss. We anticipate many, many people will be keen to pay their respects and we ask them to observe public safety messaging to ensure the safety of all.”