Police officers face months off work after spate of attacks

Six attacks on police officers in Tayside have been recorded over the past two weeks. 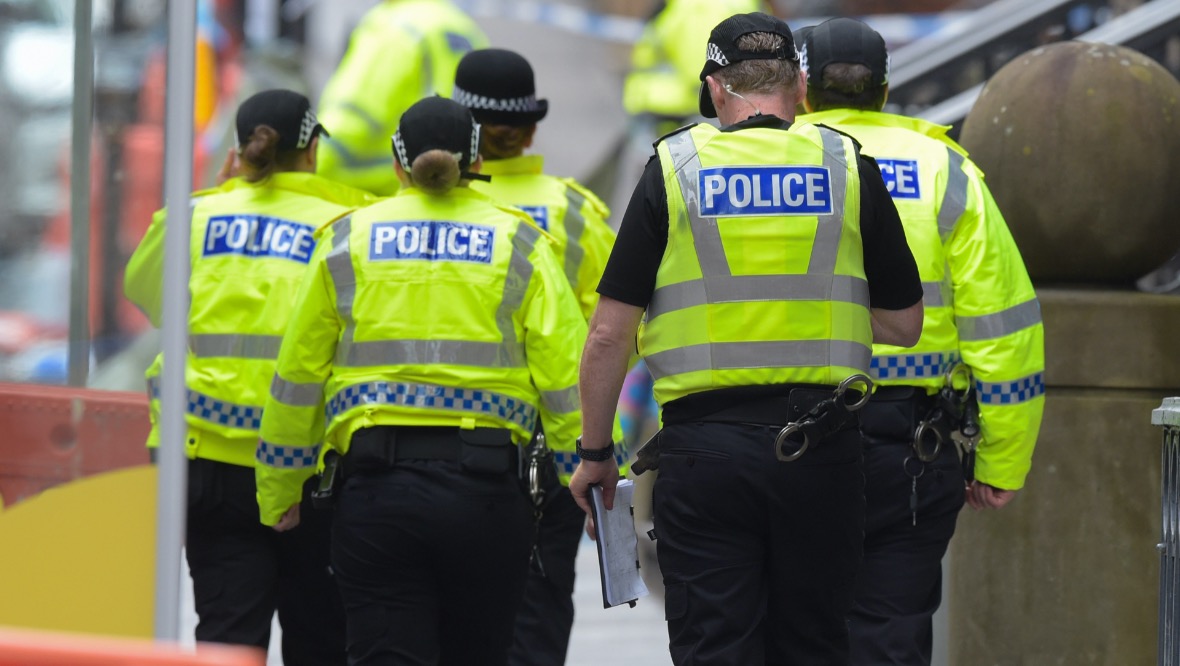 A number of police officers are facing months off work after a string of assaults in Tayside.

Six officers have been attacked in the past two weeks, with some suffering serious injuries and requiring long recovery periods.

Police chiefs described the “rising trend” of assaults on officers in the region as “unacceptable”.

“They are not only a police officer; they are a husband, a wife, a mother, a father, and we are having to send officers home to their families that have been assaulted and the family then have to live with the aftermath of that, it is not acceptable.”

The Scottish Police Federation (SPF) said officers in Tayside were currently at higher risk of assault than those in Scotland’s capital city.

“What we’re seeing is an increase in assaults on police officers across Scotland, but specifically in the Tayside area,” said the SPF’s David Threadgold.

“Statistics will show that you are four times more likely to be assaulted as a police officer in Tayside than you are, for example, in Edinburgh.”

Assaults on police staff rose by more than six per cent in 2020-21, compared to the previous year, with 6942 incidents being reported.

More than 1000 of them were linked to coronavirus and included spitting and coughing on officers.

But police in Tayside don’t believe the latest spate of assaults can be blamed on the pandemic.

“Yes, spitting has increased during the pandemic, but this is a behavioural thing where people think it’s OK to assault police officers,” said Supt Wales.

“When people join Police Scotland, they don’t join up to be assaulted as part of their daily duties and we will not tolerate that.

“Along with the Courts Service and the Crown Office and the Procurator Fiscal Service, we will take a very robust line on anyone who assaults a police officer.”

Some of the officers have been so badly assaulted that it could take months for them to recover from their injuries, and the psychological damage can be much longer-term.

“It’s the mental impact of it, it’s the change in their behaviour when they go home when they deal with their children and their husband and their wives and what that impact has on them,” said Mr Threadgold.

“We have to get a grip of this and society has to accept that what is going on at the moment cannot be sustained.”