No one was injured in the crash, which blocked a road for around an hour on Monday morning. 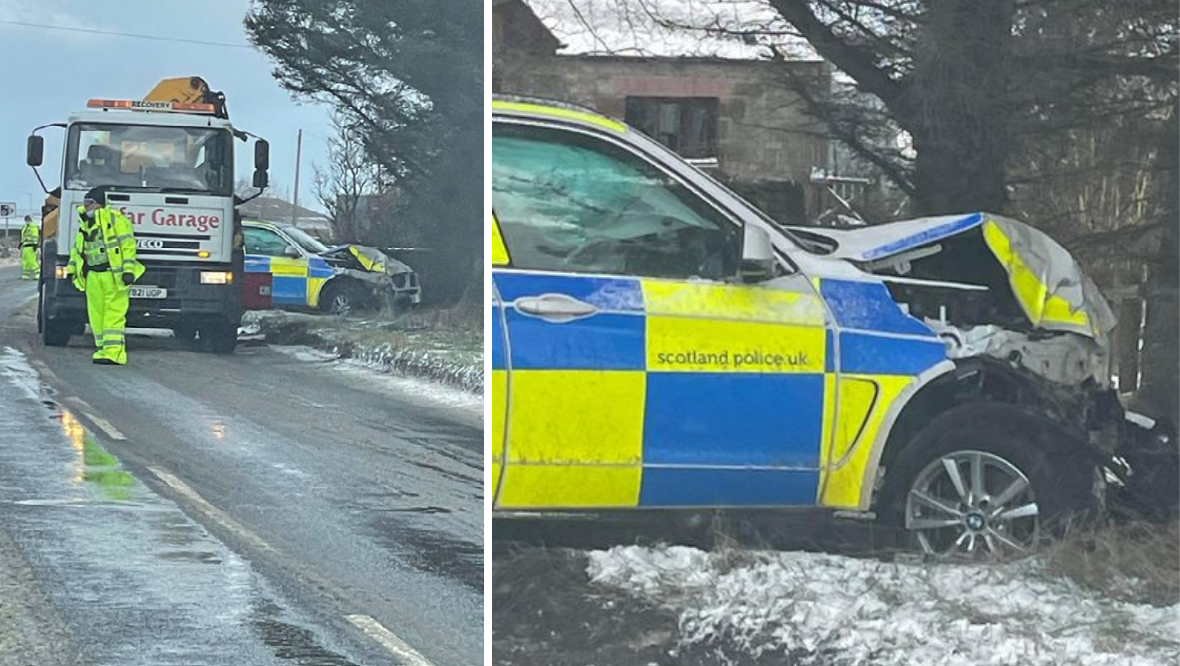 The patrol vehicle left the road while travelling along the A947, north of Fyvie, around 9.30am on Monday

No one was injured, but the road was blocked for an hour while a recovery operation took place.

Parts of Scotland woke up to a blanket of snow on Easter Monday as temperatures plunged.

A Police Scotland spokesperson said: “Around 9.30am on Monday, April 5, a marked police vehicle was involved in a crash on the A947 north of Fyvie.

“No one was injured in the incident. The road was blocked for a short time while uplift of the vehicle was arranged and was cleared by 10.35am.”