Fergus was found at a recycling centre in Aberdeen after going missing from the Forres area of Moray. 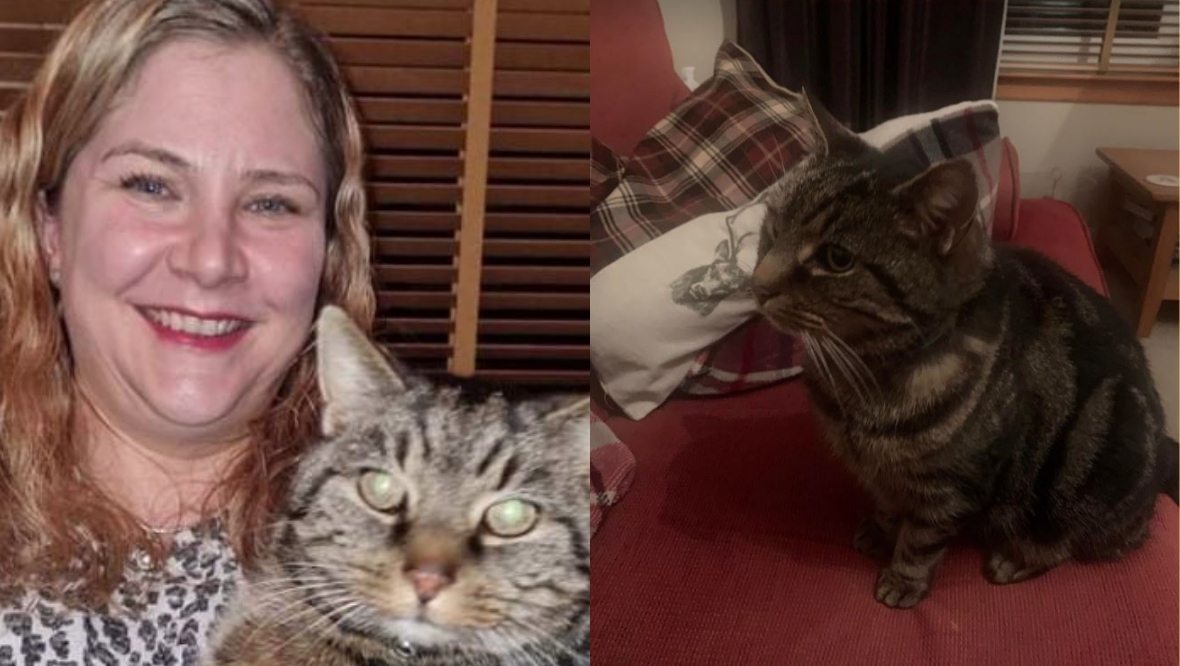 A cat has been reunited with its owner after being reported missing 11 years ago.

The long-lost pet, called Fergus, was rescued by a Cats Protection volunteer after a member of the public reported that a cat had been hanging around a recycling centre for several months in Aberdeen – about 80 miles from where he went missing.

Fergus was reunited with his owner in Moray after being identified via a microchip.

It is unknown where Fergus was in the last 11 years or how he made the journey to Aberdeen, but it is thought he may have travelled via a vehicle.

Owner Fiona Mutter, who had Fergus for four years before he disappeared, said that it was a “shock” to hear he was still alive.

She said: “It was such a surprise to get the call that Fergus was alive. He was always prone to wandering and would sometimes go off for a few days at a time, but one day he just never came back. We sadly assumed something had happened to him.

“To hear that he was still alive and had ended up so far away was such a shock. We adopted Fergus as a kitten from Cats Protection and he’d been with us for four years before he disappeared.

“When he returned home, we put him in the spare bedroom where it was quiet so he could get used to being in the house, and then introduced him slowly to our other cat, Ozzy. He was soon happy to be handled and stroked; he has such a loud purr. I did buy him a cat bed but he prefers lying on the actual bed.”

“His coat is so shiny, and he’s so friendly, that there’s no way he has been living outside all this time. Someone has been taking good care him.

“We are extremely grateful to the Cats Protection volunteer who went above and beyond to get Fergus home.”

Alice Palombo, of Cats Protection, said: “Every day, we see how important microchipping is for cats and for the people who care for them – whether it’s reuniting a lost cat with their owner, identifying an injured cat, or helping to ensure an owner can be informed in the sad event that their cat has been hit and killed by a car.

“With compulsory microchipping for pet cats in England due to be introduced in 2022, we’re concerned that cats in Scotland may be left behind.

“We’re calling on the Scottish Government to introduce regulations to make microchipping of pet cats compulsory in Scotland.”