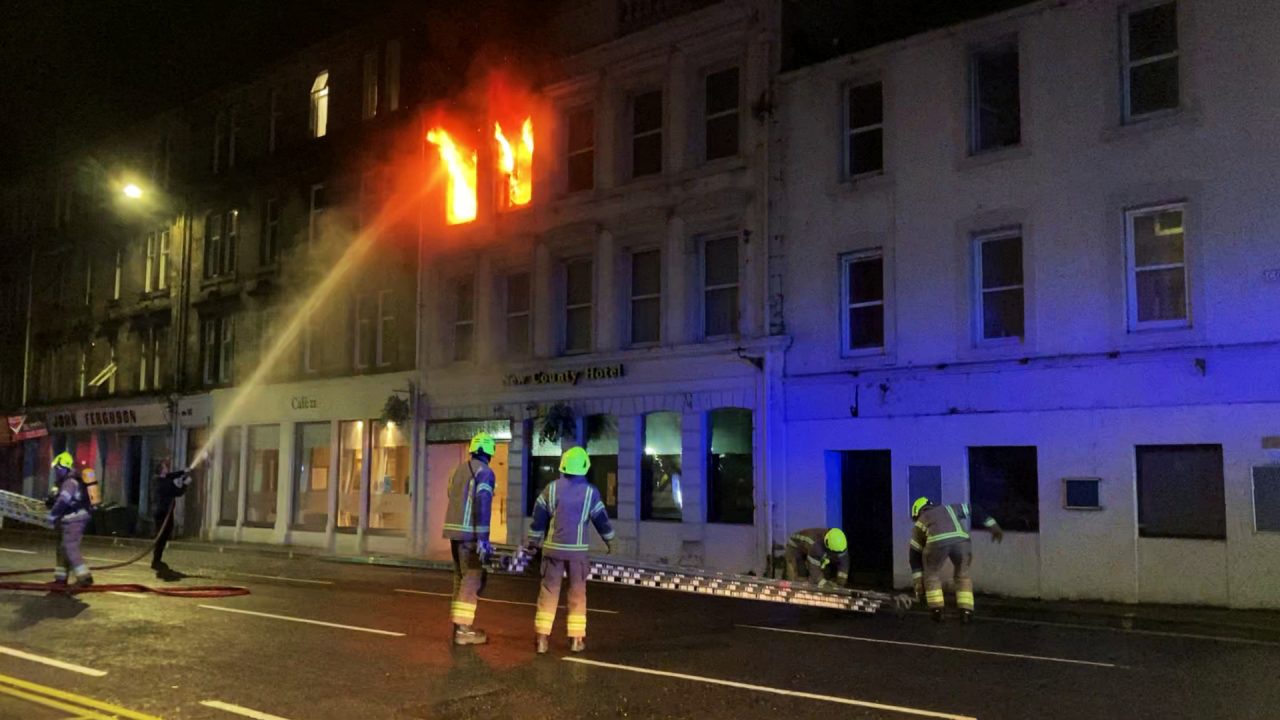 A night porter and unofficial fire marshal at a Perth hotel where a fire broke out, killing three people and a dog, has claimed that no proper training was given to ensure the safety of guests.

More than 60 firefighters were called to tackle the blaze at the New County Hotel in Perth just after 5am on Monday, January 6.

Two sisters from Aberdeen, a dad from Edinburgh and a dog perished in the fire.

Police Scotland and the Scottish Fire and Rescue Service have launched a joint investigation into the incident.

It comes after reports that health and safety protocols assessed by the SFRS three weeks before the fire deemed them inappropriate.

A night porter, and the hotel’s unofficial fire marshal who wished to remain anonymous, told STV News: “I only just recently got trained up to be fire marshal, training I would say was just a 15 minute induction, read a few bits of paper and basically sign it.

“In terms of what the owners have done in terms of putting on a proper fire training course, which is what you’re supposed to do, it’s like he’s not given any interest in what the staff do or don’t do.

“A three day course, or five day fire safety course, whatever that may be, I certainly have not been on any of that.”

He added that at around 4.55am he was woken by the fire alarm and as soon as he opened his door was met with “thick, black smoke”.

“I did what I could, I couldn’t see two inches in front of me,” he said. “But because I’ve been in the hotel for so long I knew the parameters of the hotel.”

He then banged on doors, shouting that there was a fire, and evacuated as many people as he could from the premises.

“It was almost like it was unreal, its something you don’t expect to happen to you,” he said.

“My mind just went into overdrive, I thought ‘I need to get everybody out’, and obviously try to get myself out as well, but more importantly try and get the guests out and as many people as possible.”

He described the horror as he heard a dad staying at the hotel calling for his wife and daughter amid the chaos.

“It was absolutely shocking, I can’t even put it into words. It’s something you’re not, us humans, aren’t built to deal with that,” he said.