Passengers evacuated after bus bursts into flames on busy road

Emergency services raced to the scene at Rosyth after the blaze broke out on Wednesday night. 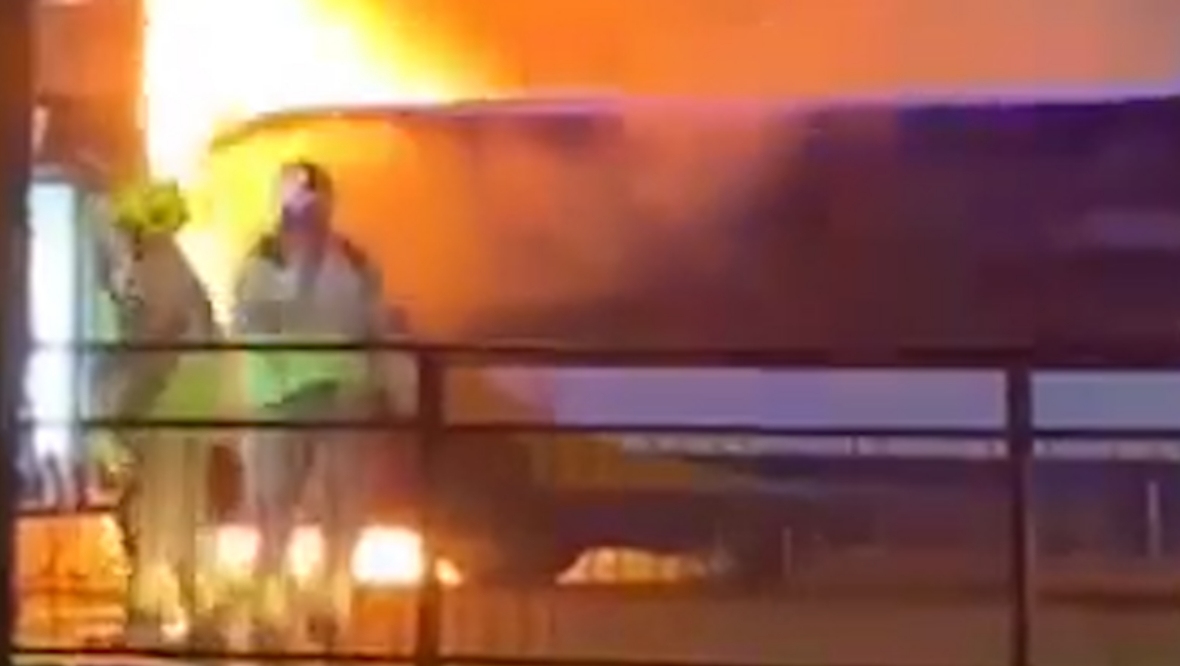 A stagecoach bus had to be evacuated after it burst into flames on a busy road.

The road was locked down by police for over three hours as fire crews tackled the inferno at the Kings Road area of Rosyth at around 8.40pm on Wednesday.

Dramatic footage from the scene shows smoke pouring from the bus as it burst into flames.

A spokesperson for Stagecoach East Scotland said: “We can confirm there has been an incident involving one of our buses in Rosyth yesterday evening. Emergency services attended the scene.

“All passengers were safely evacuated by the driver and there were no injuries to any passengers or staff.

“The safety of our passengers and staff is our first priority and we are carrying out a full investigation into the cause of the incident.”

A Police Scotland spokesperson said: “Around 8.40pm on Wednesday, 22 December, officers were called to the Kings Road area of Rosyth, following a report of a bus on fire.

“There were no reported injuries and the road was reopened around 12.30am on Thursday, 23 December.”