‘Pass wide and slow’: Horses put at risk from drivers

Every year hundreds of horses and riders are involved in road traffic accidents. 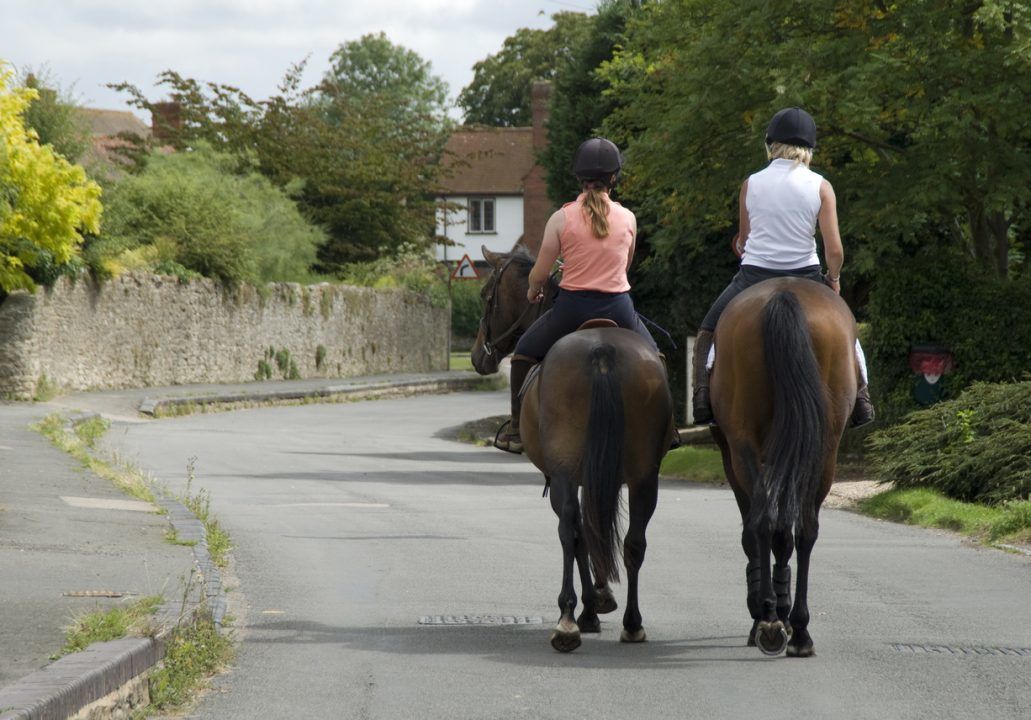 A group of horse riders are getting together to highlight the dangers of roads.

Every year hundreds of horses and riders are involved in road traffic accidents largely caused by people passing too close and too fast in their cars.

Now the group, from Aberdeenshire, are hoping to help make the roads safer as part of the annual “Pass Wide and Slow” event which see’s hundreds of equestrians take part.

Moira Cooper is one of hundreds of riders across Scotland taking part in the annual Pass Wide and Slow event and she and her friends have had a number of  “close calls”.

She said: “No matter how well you’ve trained a horse or how much work you do with it, they are unpredictable animals, they can get a spook and it can end in a very serious accident.”

Moira stayed away from roads for two years after a car “stopped millimetres” from her horse Silver.

She said: “I was shaking, the horse was shaking and it put me off riding on the road for years, I try not to ride on the road as much as I can, but there are occasions when I have to.

“My message is, I just want people to slow down and pass horses at 15mph and give us two metres distance.”

Shelley Baird-Clarke, who competes in endurance with her horses, said: “We just want to be able to enjoy our horses, and to be able to go out for a ride and be safe and not cause any accidents.

“It’s just the whole situation of getting them to slow down, that’s all it is, if they slow down and come past nice and wide, it would be fine.”

The highway code warns motorists that horses on the road should be treated as a “potential hazard” and that drivers should  “pass wide and slowly”.

Over the past year figures suggest there have been more than a thousand incidents involving horse and riders on the road, 80% of which were caused by cars passing too close.

Of these more than 46 horses were killed and 130 riders were hurt.

Pass Wide and Slow, which started six years ago with only 20 riders, has grown to host around 180 this year.

Debbie Smith is the brainchild behind the event and she hopes to change the law around passing horses on the road.

Debbie, who lives in Cornwall, said: “I would like it for drivers to have to abide by our signals, which are slow down and stop.

“I’d also like it to be law that people have to pass at 15 miles per hour and preferably at a two metre distance.”

The event takes place on Sunday September 19 and riders say they’ll be as safe and as brightly clothed as possible and hope other road users will pass them with care.