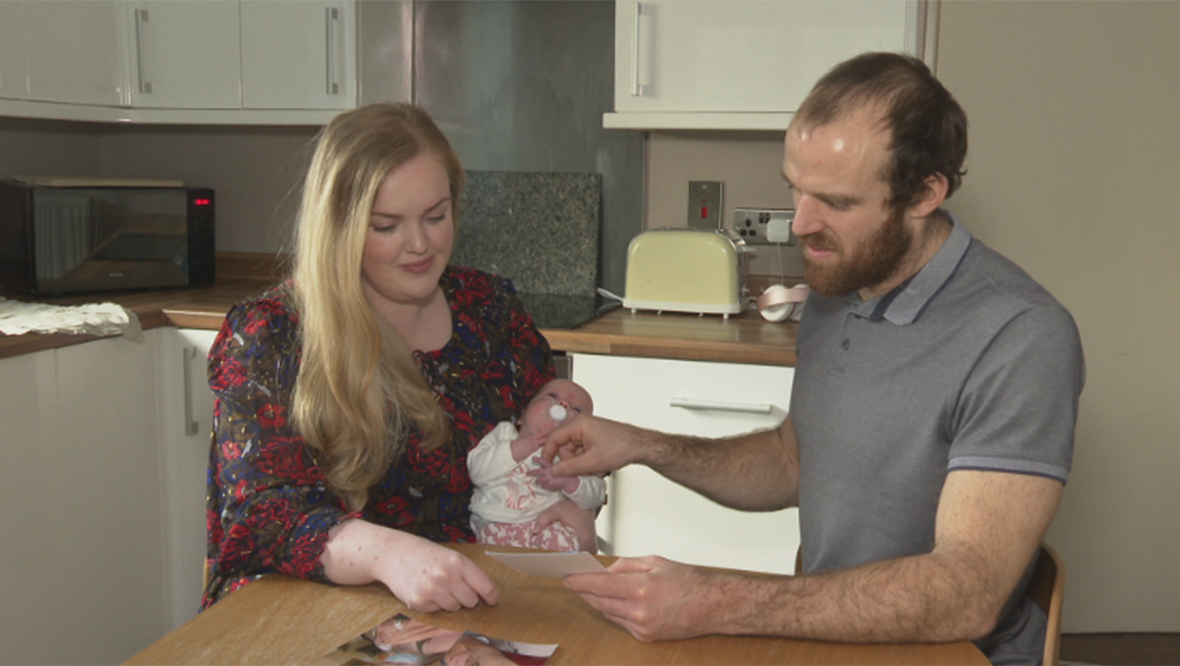 The family of a baby born three months early are raising money to thank the charity who helped save her life.

Parents Craig Fletcher and Shelly Lockhart were on their final day of isolation from Covid-19 when they noticed their baby’s kicks felt different.

As a precautionary measure, the couple attended Dr Grays Hospital in Moray but by midnight had given birth at Aberdeen Royal Infirmary.

Two weeks in intensive care and one month in an incubator – Rosie was given the care she needed to survive thanks to NHS staff and the Archie Foundation in the neonatal unit.

Rosie’s mum, Shelly, said: “It was hard, even when I look back at pictures I can’t really process it, when she’s got all her wires and things like that but at the time you have this sort of fight or flight in you and you get on with it.

“On reflection, it’s not the way any parent wants to start their journey into parenthood – seeing your child in an incubator.

“One of the things we found the hardest was having to ask permission to get our child out to give them a cuddle.”

Now, father Craig has taken on a mammoth journey – running 46km 46 times across 2022 to say thanks for each day his daughter spent in hospital.

He said: “If no one raises funds for organisations like Archie, this opportunity might not be available for other families. We were the lucky family really – there are other families in situations that don’t even bare thinking about.

“Part of the reason for doing the challenge is not only the help Rosie received but also the things that you witness as a parent in there and the things the other parents have to go through, it’s very eye opening.”

The Archie Foundation say the money raised will help fund the incubators used to keep Rosie alive – as well as helping toward their £2m goal to pay for final touches and additional equipment at the new Baird Family Hospital due for completion next year.

Paula Cormack, The Archie Foundation CEO said: “In the past we have funded 11 giraffe incubators that can really protect a baby that is very fragile and small.

“We also fund some of the life-saving equipment which is regarded as being above and beyond what the NHS will fund and provide.

“We make a difference in so many ways. We have also funded a clinical psychologist in the neonatal unit for the past three years so that we have got people on site that can help parents that are struggling with some really harrowing situations.”