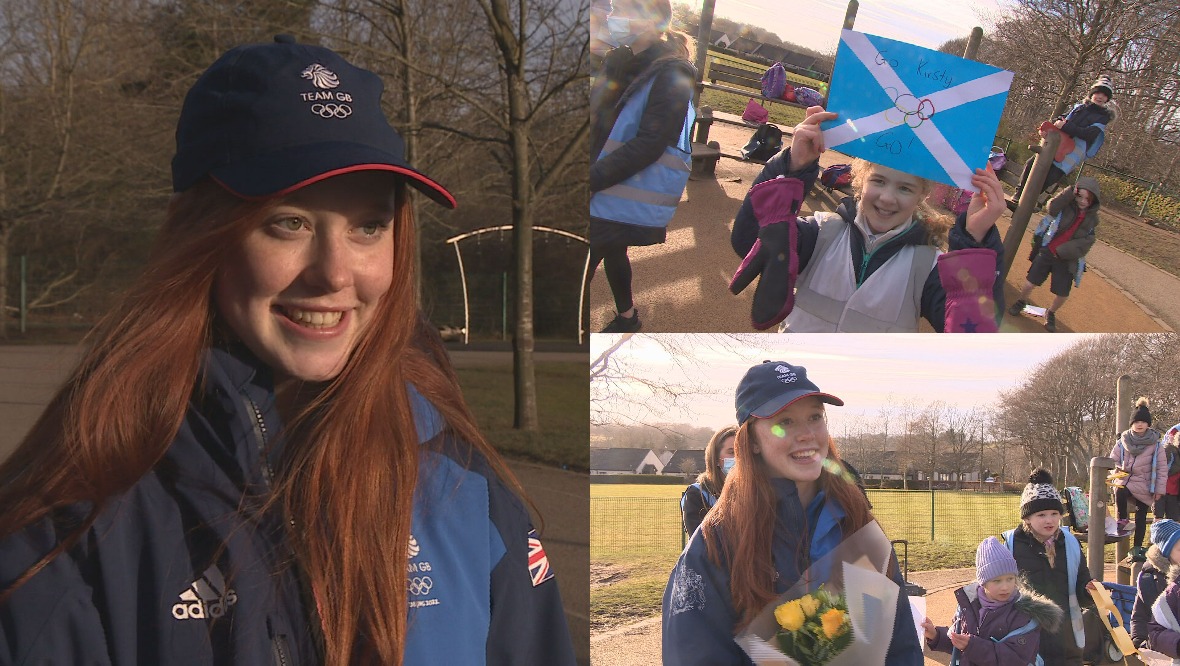 Olympian Kirsty Muir returned to her old primary school in Aberdeen to help inspire the next generation of skiers.

The 17-year-old, who now has two Winter Olympic finals in her locker, said it’s “surreal” it was only last week she was competing in Beijing.

The teen returned home after finishing fifth in the big air competition and eighth in slopestyle.

Muir told STV News: “It’s so nice to come and meet everyone and just see how excited they are.

“It’s really nice to see my family and friends. Obviously, they weren’t able to come [to the Games], so just to be able to spend time with them again is just really nice.

“Everyone’s so supportive and it’s just nice to be back with them.”

Muir said she was still “processing” the experience of taking part in an Olympic Games.

She added: “It was an amazing experience and it’s one I’ll never forget.”