Nurses map road to recovery for those living with addiction

The Parish Nurses have created the Dundee Recovery Roadmap to bring support services together. 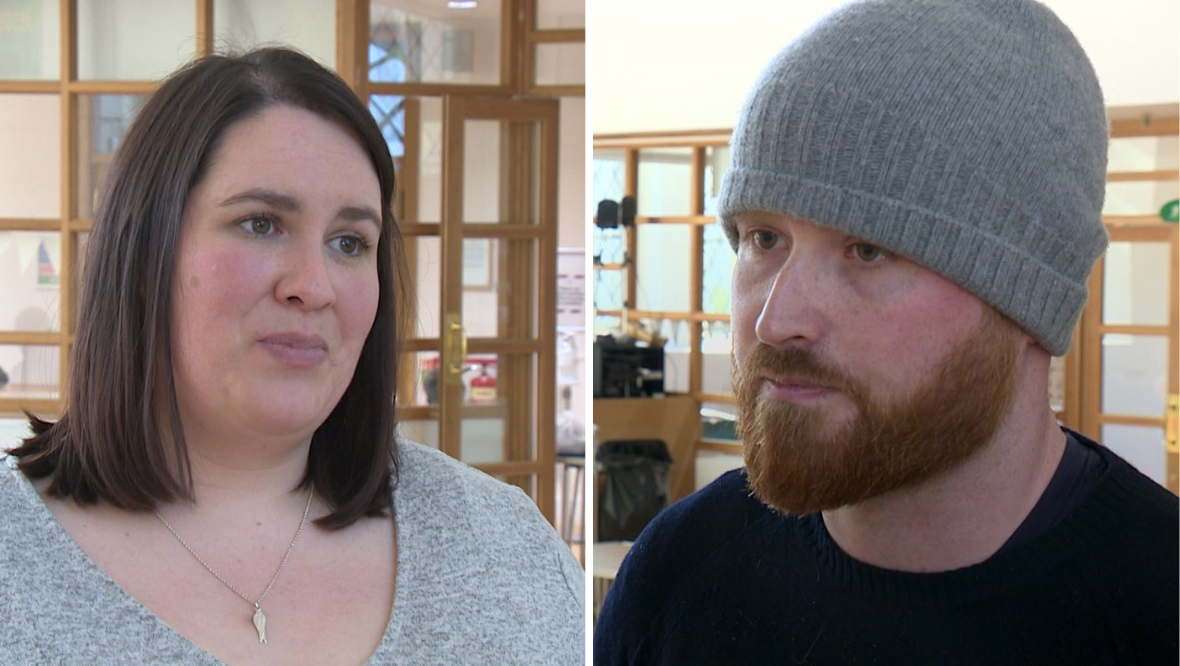 The road to recovery for people affected by drugs in Dundee is being mapped out by a group of nurses.

The Parish Nurses run drop in services to support those experiencing addiction and homelessness.

Now, they have created the Dundee Recovery Roadmap mobile phone app, bringing together a raft of services that have sprung up in the city to help halt record drug deaths.

“Over the last few years the services that have sprung up have been quite encouraging and we see that in the app,” explained Kirsty Nelson, one of the Parish Nurses.

“It’s full of these amazing services that are there to support, encourage and help people get into the recovery stage of their life.”

Demand for addiction support has never been greater. 72 people died from drugs in Dundee in 2019, earning the city the unenviable title of Europe’s drug death capital per head of population.

Stefan Ward knows only too well the importance of support services. He arrived in Dundee eight years ago addicted to drugs and credits his recovery to the grassroots groups that helped him.

“I was really broken, hitting rock bottom, at that stage of giving up,” said Mr Ward.

“Finding out that Dundee had this unfortunate name for itself as the drug death capital, I thought this was my dead end, this was it and it didn’t look good as that’s where I struggled also.

“But it actually turned out to be the place where I found hope, I found recovery.”

Mr Ward now volunteers at the drop-in centre run by the Parish Nurses at the city’s Steeple Church, helping others find the support he says saved his life.

“I discovered these services, the church, they’ve just played a huge part in my recovery and I really am here by the grace of god,” said Mr Ward.

He has helped develop the app – highlighting all the services in the city offering support. One of the services featured is the Safe Zone Bus.

Before coronavirus came along, the bus helped vulnerable people or those leaving pubs and clubs worse for wear.

At the start of the pandemic it was repurposed to help those struggling to access help.

It parks up in the Stobswell and Lochee areas on a Friday and Saturday night, when other services are closed.

Kathryn Baker, Tayside Council on Alcohol chief executive said: “We’ve had people over the winter who have come onto the bus and they’ve had no food, no warm clothing, they’ve had no money for electricity, they’ve had no heating so we’ve been able to provide that crisis help.”

Volunteers on the bus have discovered the power of the pot noodle is a surprising ice breaker.

“People come here for a pot noodle but they have multiple issues, potentially that we can support them with and if we can’t support them on the bus we know multiple agencies that can and that’s what the cup of tea, the pot noodle allows.”

Denise Fitzsimmons volunteers on the bus and uses her own experience of addiction to help others.

“In June, that’s me six years sober. When I was a kid I never thought I would be a drop-out alcoholic, but I did. But I got better and everybody can get better but only they can do it,” she said.

“Family members are tortured by this. Everybody is affected. It’s heartbreaking. We need to listen to the people and find out what’s going on because we’re getting polluted by drugs. It’s taking over this town.”

The Reconnection Project is also included on the app. Through a series of gardening, woodwork and art workshops they try to get to the root of people’s problems.

“Over 50 people I knew have died, young, younger than me,” said volunteer John ‘Taffy’ Barrington, who never used drugs but witnessed the devastation they caused when he was homeless ten years ago.

The Reconnection Project’s manager Dave Dyson, a former drug user himself, wants to set up a rehab centre on the outskirts of the city.

“We would run it the way we see it would run better without any medication, without methadone. It would be what you would call cold turkey,” he explained.

There are plans to roll the roadmap out to other parts of Scotland in the hope more people can find the help they need where they live and less lives will be lost.