More families living in 'extreme hardship' than ever, says charity

The Cottage Family Centre has been supported families for the last decade - but say this year is their busiest yet. 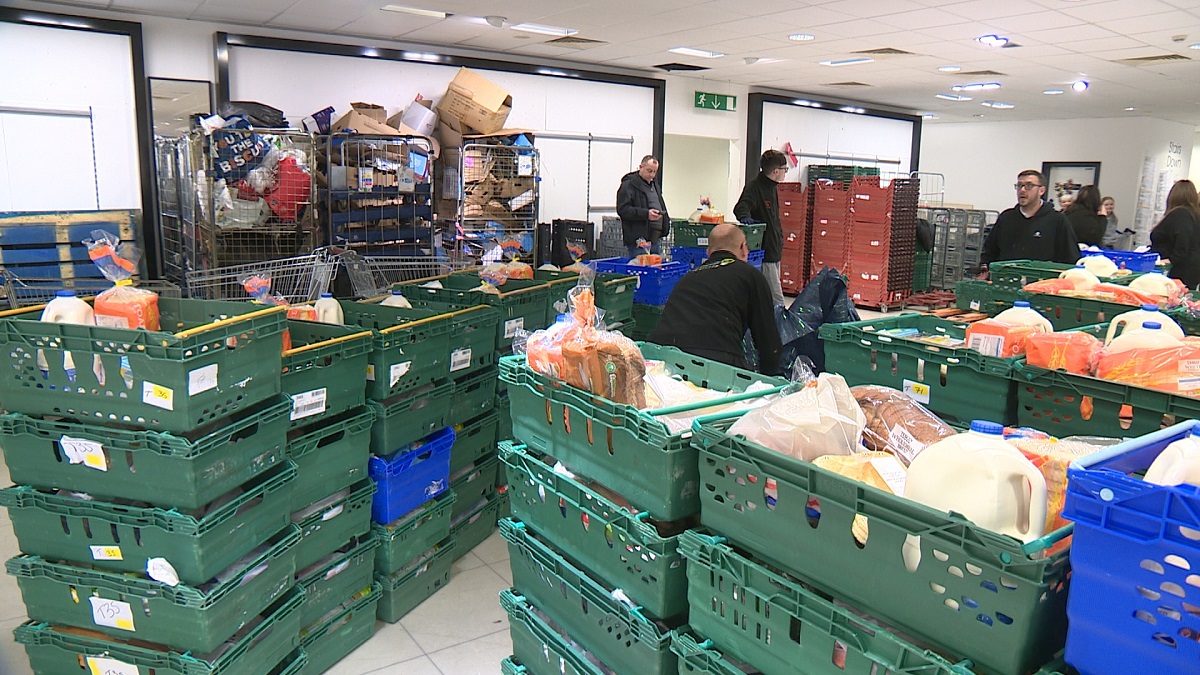 An annual festive appeal run by a Fife charity says the families they support are living in “extreme hardship” this Christmas.

The Cottage Family Centre has been running the appeal for the last 10 years, but said this year is their busiest yet.

Nearly 2,000 families in the Kirkcaldy and wider area are being supported with toys, food and warm items this winter.

The donations have taken up two floors of the former Debenhams building in the town centre, and the charity has spent more than £19,000 helping people pay for gas and electricity.

Pauline Buchan, the manager of the Cottage family centre told STV News: “These families are experiencing extreme hardship, beyond anything that we have ever seen before, that’s why the numbers have continued to grow.

“The problem is far greater than people recognise it as being. We have to take into account we’ve had two years of Covid, people’s lives changes beyond belief then.

“Then you’ve got the fall-out from this cost of living crisis, there’s a massive impact on families in terms of those things.

“And yet I definitely know that things are going to get worse for them.”

People receiving the gifts include teachers and nurses and those whose benefits have changed from Income Support to Universal Credit.

More than 100 people from local businesses and former Prime Minister Gordon Brown have given up their time to make sure donations are given out.

Mr Brown is the patron of the Cottage Family Centre: “When we started it was about giving children toys because they didn’t have money for toys. It’s now about food as well as toys.

“It’s about clothes as well as toys and that’s the level of need the energy bills are creating for so many families, who simply can’t make ends meet.

“We can help some children, but there’s a huge national need to do more.

“The need is just getting larger and larger and my fear is next year is going to be even worse than this year – because heating bills will go up again and food bills seem to continue to be pushing upwards.”