'Not enough being done' to stop hazardous waste spilling onto beach

Materials including lead and arsenic have been littered across Elliot beach near to the old Dowrie Works site in Angus. 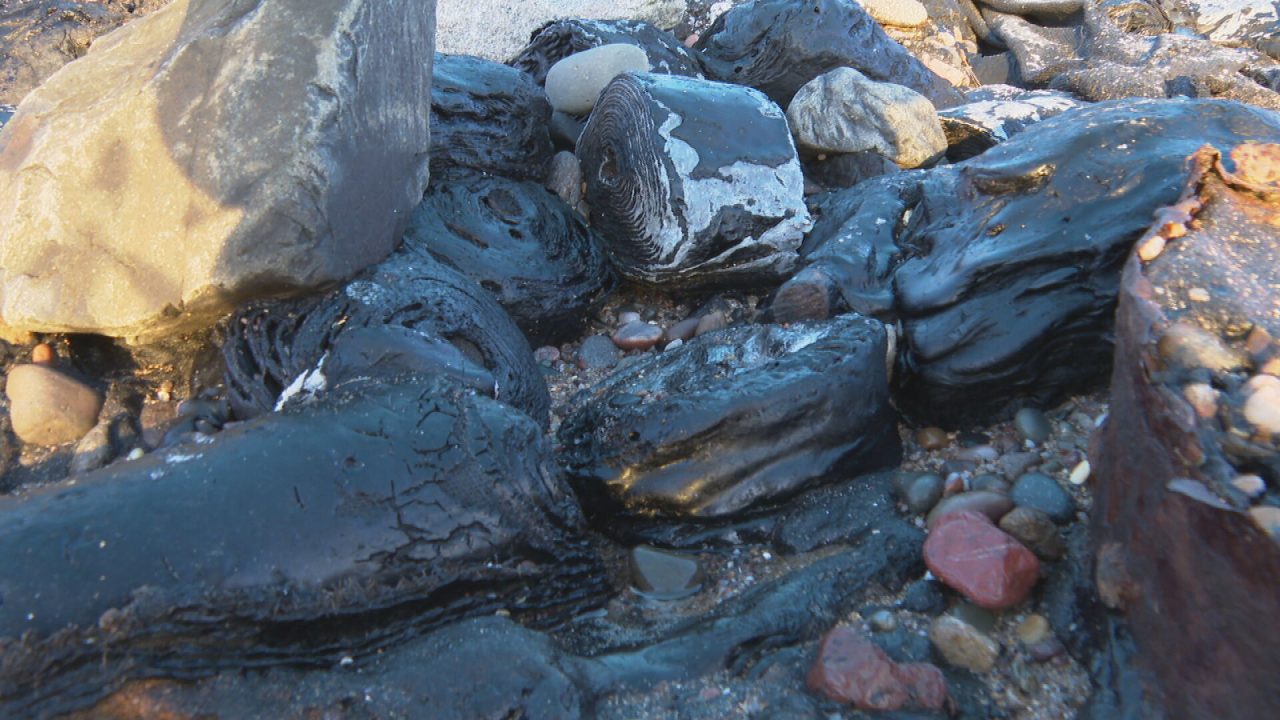 Residents in an Angus village say not enough is being done to prevent hazardous substances leaking from a historic beach tip.

In September 2021, locals in East Haven reported the erosion of rock armour along Elliot Beach.

It was designed to contain waste from the now defunct Dowrie Works – a factory where oil was refined and bitumen products made.

Although repair works are now under way to the barrier, it has been revealed the ground is littered with materials including lead and arsenic.

Wendy Murray from Angus Clean Environments explained: “We didn’t understand that at the start of last century, the company that had this Dowrie Works actually decided, for reasons which are not fully understood, that they would create a waste site right along the coast here.

“So all their hazardous waste remains here and it’s been exposed to the environment and we’re really concerned about that.”

A freedom of information request made to the local authority by Angus Clean Environments in January produced two significant documents.

The first written by Angus Council in 2005 states that there is “significant possibility of significant harm to human health from waste being exposed due to erosion”.

And the second – a report produced by T.A Millard consulting engineers – identified multiple carcinogenic substances such as lead and arsenic.

However, it concluded the site was low risk.

“Some of these substances were at levels two, three, four times higher than the threshold for causing human harm” Ms Murray explained to STV News.

She added: “There was an intrusive site investigation report undertaken in 2006.

“It was a little bit restricted in its scope but nevertheless it did identify a whole range of hazardous substances including copper, lead, and nickel.”

The site, which has been owned by Angus Council since the 1970s, is estimated to be seven football pitches in size.

Angus Clean Environments have concerns about how the site has been managed as the local authority doesn’t class it as “contaminated land”.

“If it had been registered as a special site by nature of the contaminants and hazardous substances that are here, then there would have been some involvement from SEPA.

“As it is, it means that Angus Council is both the regulator and the landowner and perhaps there’s a bit of a conflict between those two roles.”

A spokesperson for Angus Council said: “Environmental assessments have been conducted to assess the nature and extent of the deposits within the Dowrie works site.

“The findings of these assessments were then taken into account when determining an appropriate remediation strategy.

“In this case it was decided that a combination of geotextile and rock armour should be used to contain the waste and protect it from erosion with the objective of the works being to remove any pathway for the material to reach the wider environment.

“Where it is safe to do so, leaving material in situ is considered an acceptable remediation strategy.

“Unfortunately, further material has been exposed as the protective rock armour has been damaged. However, works are now being undertaken to carry out the necessary repairs.”