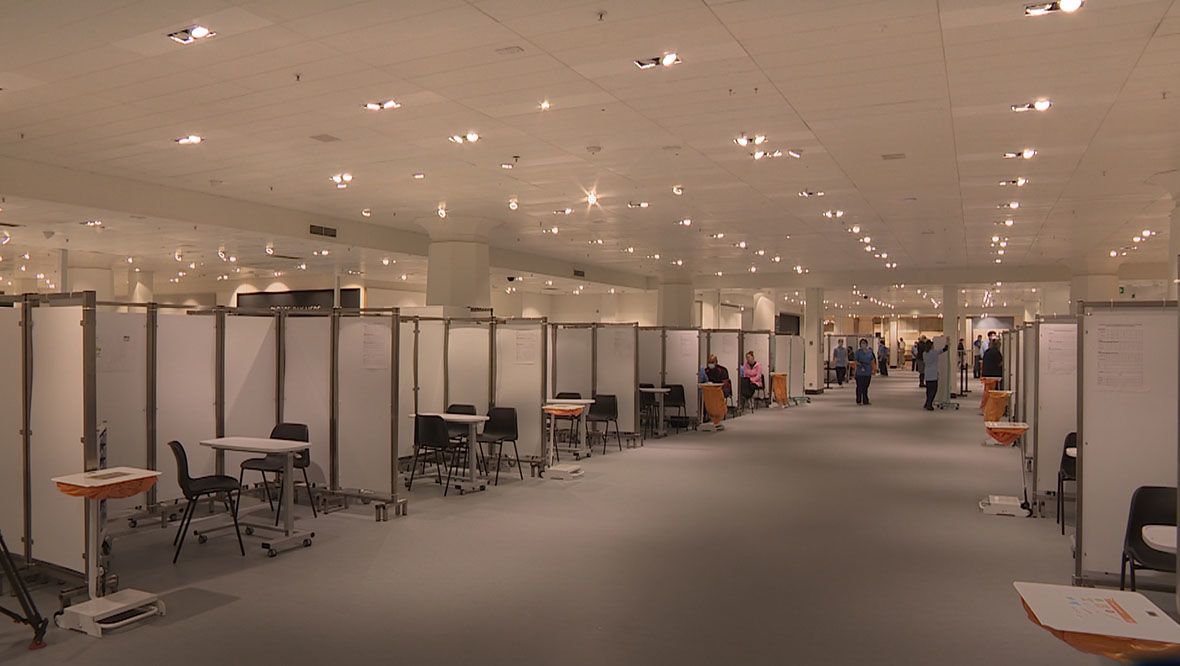 A new vaccination centre has opened in Aberdeen.

Housed at the former John Lewis store in the city centre, it will also administer immunisations against flu and shingles along with other conditions.

The previous Covid vaccination centre was located on the outskirts of the city at P&J Live, near to the airport.

Sandy Reid, Aberdeen City vaccination lead, said: “I think what we’ve learnt is that we have to go to people rather than expect them to come to us.

“We’ve now moved to the city centre, where the vast majority of people will be able to get to us much more easily, as well as living nearby.

“Some of our low uptake areas are very close to the centre here.”

John Lewis announced the closure of the store earlier this year despite a campaign to keep it open.

Work has been under way to turn the former retail outlet into a mass vaccination centre, including using equipment from the former Louisa Jordan centre in Glasgow.

The site will be open seven days a week and it could take administer around 2000 vaccines a day.

Mr Reid added: “I imagine it could be years that we would be here.

“I think we could be here for next season’s flu winter programme, which is next September.

“This is not just about the Covid vaccination programme; a big part of what we are doing today is flu vaccinations for under fives.

“So, there will be a lot of vaccinations here over the next year that are not Covid, they’ll be flu, they’ll be shingles, they’ll be pneumococcal.”