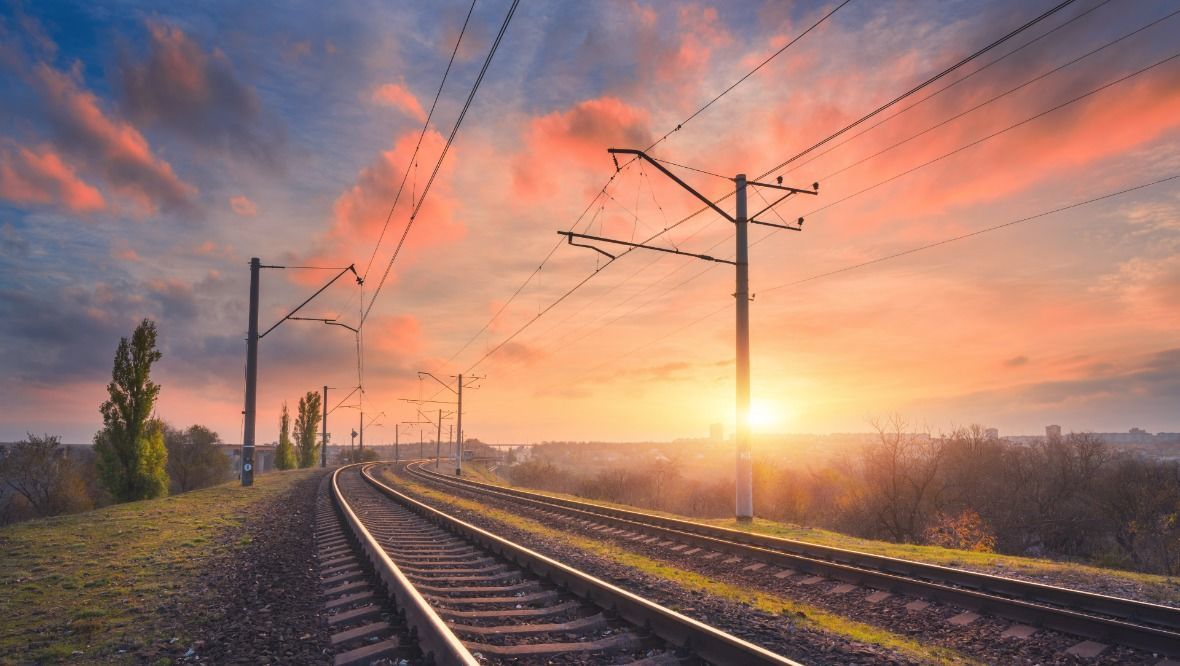 Railways – an icon of the industrial revolution – helped to reshape industry and social life.

However, fast forward 100 years and many lines were subject to brutal money-saving cutbacks. By 1984, around 4000 miles of the UK network was closed.

“There’s obviously regular freight going every day off to the continent, so we could get that freight off the road.

“In other areas where rail has been introduced, it’s acted as a catalyst to serve for redevelopment of these particular areas.

“So, it’s obviously crucially important to these communities.”

Train driver Jordan Jack, of Campaign for North East Rail, believes the reintroduction of railways could be crucial in meeting climate targets.

He said: “We did a study just recently that showed that over the first year 32,000 – at least – tonnes of CO2 would be saved by opening a line just to Peterhead. And that’s not counting for Fraserburgh as well.”

Campaigners propose a new line, which in part uses existing infrastructure, to connect Aberdeen to towns winding along the route to Peterhead, and eventually to Fraserburgh, at a predicted expense of around £400m

They point to a successful reopening of the Borders Railway as an example of how it could be achieved.

“All these boxes have been ticked by the Borders Railway.”

Mr Walton said what the campaigners set out to achieve has been “achieved in spades”.

He added: “I’m sure that campaigners in the north-east will be equally successful.”

In Ellon, the potential mid-point of the proposed line, several locals were on board with the idea.

One woman said: “The train would be really helpful – for the kids and things for school, for colleges – and just to get around really quicker.”

Another woman stated that cars are “still a big thing” for those that don’t live within the town or near to bus stops.

A man added: “I think heading up to Peterhead’s quite difficult – a lot of artic lorries on the roads – and a train to and from Aberdeen would be a lot better and make a big difference, I think.”

It’s an idea which the SNP and the Greens recognised in their landmark deal.

Transport Scotland said it is currently reviewing it and will set out recommendations to the Scottish Government this winter.

Campaigners believe they could have trains back on track within this decade, but for now at least, it’s an idea stuck in the station until a route forward is agreed.