Move over Cameron Smith, real winner of The Open was St Andrews

Business was booming as 300,000 people flocked to St Andrews for the golf. 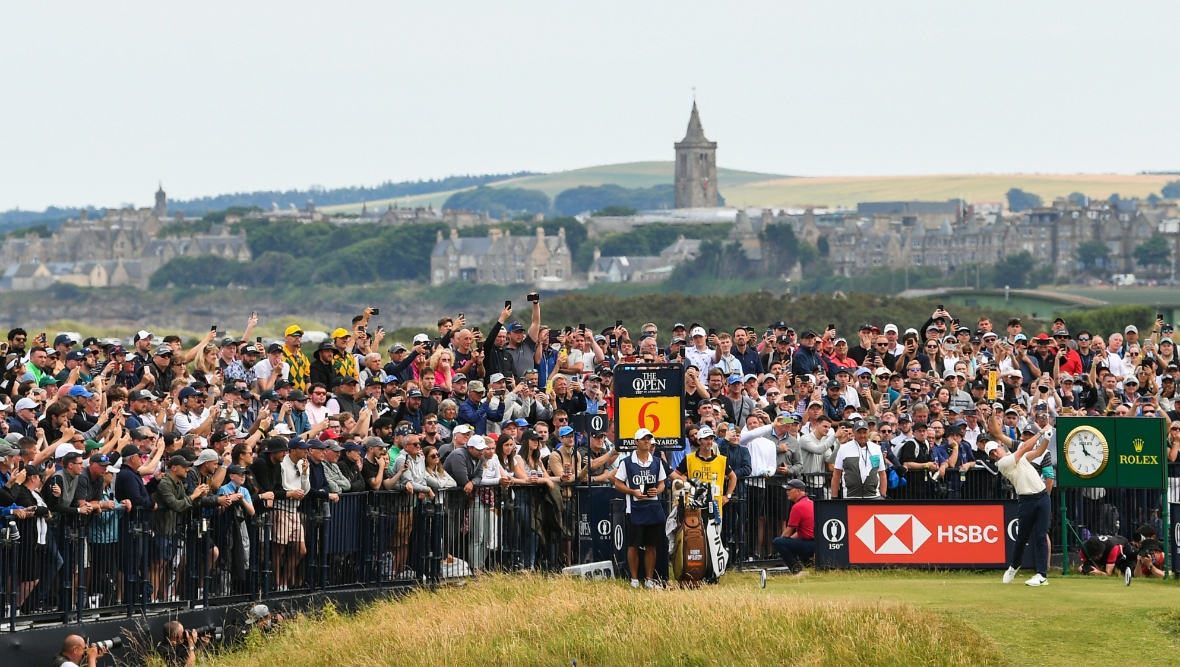 While the Claret Jug is heading Down Under in the hands of Cameron Smith, the town of St Andrews was the real winner of the 150th Open Championship.

After four days of gripping golf, the Old Course is being cleared up after dazzling in the sunshine.

The grandstands have emptied, the tide of tourists is now more of a trickle and the tented village is being taken down as St Andrews slowly returns to normal.

It was a bumper week for local businesses as almost 300,000 people packed the seaside town – pumping £100m into the local economy.

Sheena Willoughby, who alongside her husband Jack has owned the Dunvegan Hotel for 23 years, told me: “The Old Course was closed for almost four weeks before The Open.

“A lot of businesses have downtime in that period because the Old Course is the draw for St Andrews.

“We’ve had a little dip and now things are really going to take off. It’s going to be busy for the rest of the summer and we’ll make up for lost time.”

Cash tills were also ringing at Auchterlonies golf shop, which is almost as old as the Claret Jug itself.

“It’s been unbelievable even from April, really,” said manager Jordan Thomson. “We’ve noticed a massive difference in the town. There’s been a huge buzz in anticipation for the 150th.

“But since last Friday, Saturday, the town really started to pick up and it just went crazy.”

With pictures beamed around the world, the event always reinforces St Andrews’ place on the map and in the minds of people hoping to holiday at the home of golf.

Traditionally, the town sees a bounce in visitor numbers the year after The Open has been staged at the Old Course.

By Monday, tourists were teeing off, all trying to emulate the world’s greatest golfers who graced the fairways over the weekend.

The weather and the glorious golf were the perfect advert for St Andrews – as businesses raised a glass to a winning week.