‘Mural of hope’ by youngsters in Aberdeen’s most deprived area

In June the Woodside area registered the highest death toll in the north east of Scotland per head of population. 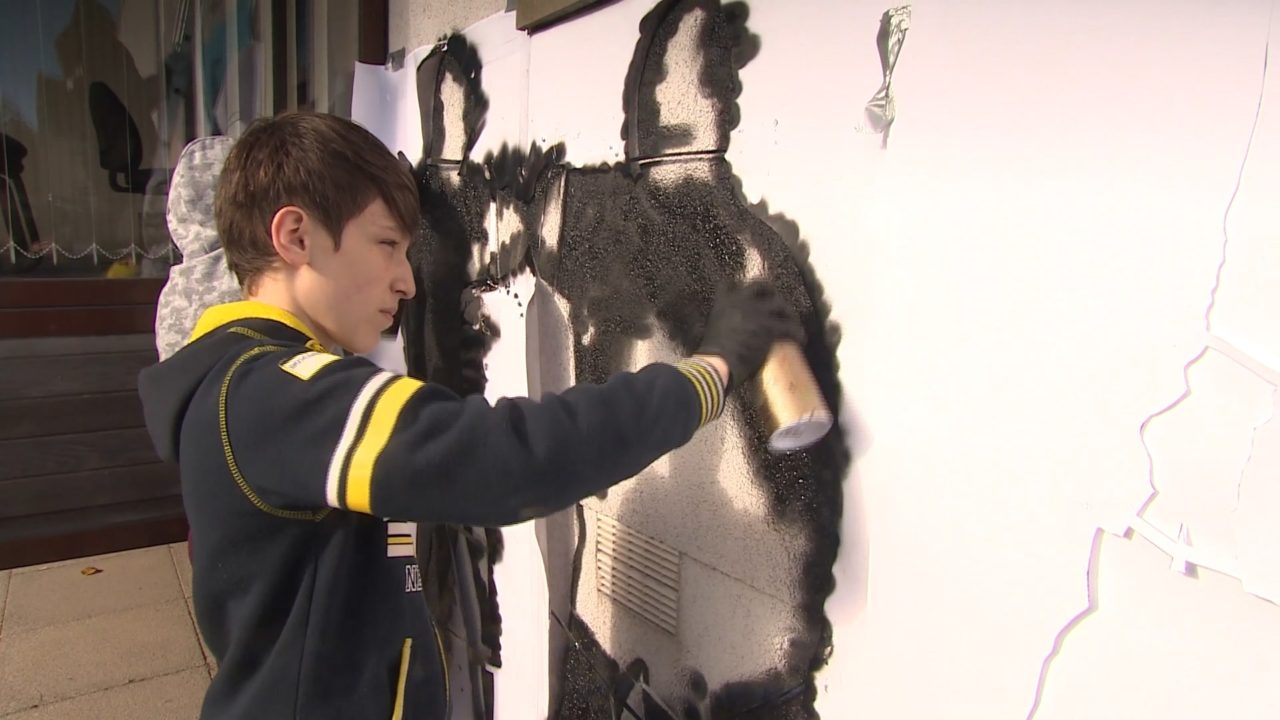 Like many places, Woodside in Aberdeen is enduring a particularly tough year.

In January it was declared the most deprived area in the city and in June, during the height of the pandemic, it registered the highest death toll in the north east of Scotland per head of population.

Now, residents say the economic fallout and the mental strain from the global pandemic is being felt hard in this small part of Aberdeen.

Angela Ewing has lived in the area for 20 years. She says everywhere is facing tough times, but she feels it’s incredibly noticeable in Woodside.

Angela said: “It’s become really sad around here, I actually know of some neighbours who have taken their own lives because they were just so depressed and had mental health issues.

“People don’t have anyone to speak to, they’re not even getting out in shops where normally they could and have a chat. I just feel it’s affected the area quite harshly, you know.”

Across the city of Aberdeen usage of food banks have increased three-fold.

Some local youth groups have reopened too – but residents say the sudden six month closure of services made life difficult.

Charlene Kilpatrick, a Woodside resident said: “Support mechanisms were taken away during lockdown, people struggled for food, but the place where we would normally get food wasn’t allowed to be open – it’s a vicious circle.

“Obviously when people are stuck in the house for such a long time, it makes your mental health not so good – people were depressed and there is a lot of that already in the area.”

As part of an initiative called Start a Change Project, youths from the local area have created a colourful new mural to capture the communities struggle during lockdown and to highlight the importance of mental wellbeing.

The children say there was a heavy toll taken on locals’ mental health since March and wanted to remind the community they were not alone.

Kevin, aged ten, said: “Since everyone was in lockdown, they didn’t have many things to do. There was stuff being taken away from people, like most work, jobs and that. So we wanted to do something nice for everyone else.”

Local teen Casper said: “It really feels like we’re participating in a community, it feels nice. There isn’t much going on and this is a big change to this area.”

Samara Kanča from the Start a Change Project said: “The children noticed that a lot of people here were struggling with depression and were scared or anxious.

“Mental health was the main topic to cover and the children wanted to find positive ways to help people overcome those feelings.”

Graeme Kinghorn from Mental Health Aberdeen said: “It’s all about resilience at this moment in time, so anything that people can do lift their spirits and take their mind off the virus is obviously a positive thing.”

The mural took just a few hours for the young group to complete – but locals hope it will have an impact for years to come.

Charlene Kilpatrick from Woodside, said: “It’s about pulling together, working together and giving the children a future in this area.”