The three-year-old crossed a number of roads to get home after scaling the nursery fence in Aberdeen. 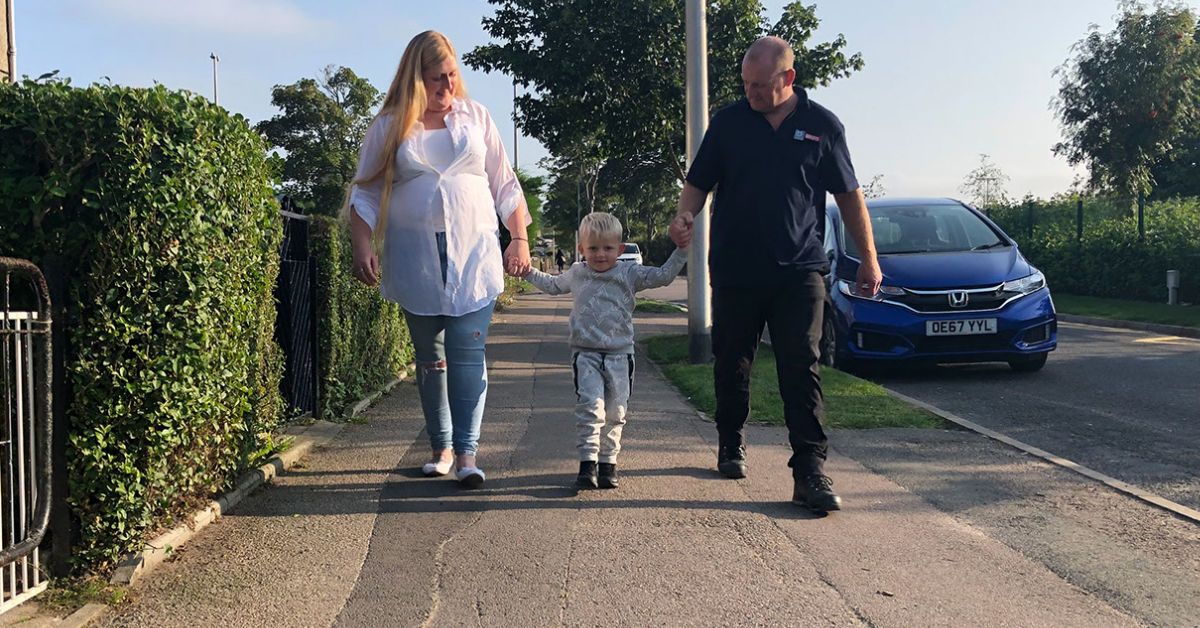 A mum has been left angry and shocked after her three-year-old boy managed to escape from his nursery, climb a fence and wander home while she was out.

At around 10.50am, Naomi Scott was at the shops when her eldest son, at home attending college virtually, called her to say Cooper had turned up at the house.

She told STV News:”He said, ‘are you having a joke with me? Why is Cooper at home?'”

Naomi’s toddler had been dropped off at the nursery earlier that morning.

When she saw him standing in her living room via video call she rushed straight home.

“The school didn’t even know my son was missing,” she said.

Cooper had to cross a number of roads to get home after scaling the nursery fence in order to escape.

“He had got his bag, changed into his outdoors shoes, put on his jacket, got all his pictures he had drawn for his mum and dad into his backpack and climbed over the fence,” Naomi said.

“I’m terrified. I’m in shock, in all honesty, I feel sick. It’s a parents worst nightmare.”

Naomi, who has three children and four step-children, said she has yet to receive an apology from the school.

Aberdeen City Council said it was investigating the incident alongside the Care Inspectorate.

A spokesperson said all risk assessments and procedures would be reviewed.

Police were called at around 11.25am, officers attended and “suitable advice” was provided but not further action was taken.

An Aberdeen City Council spokeswoman said: “We are currently investigating an incident involving a nursery pupil today at Heathryburn School.

“The pupil is safe and well, and we are continuing to work closely with the school team and Care Inspectorate to review all risk assessments and procedures in light of this incident to ensure all appropriate action is taken.”

A Police Scotland spokesperson said: “Around 11.25am on Thursday, September 2, officers in Aberdeen were made aware of concerns after an infant child left his school and walked home alone.

“Enquiries were carried out along with our partners and suitable advice has been provided.”