Kayleigh Kilpatrick's son, River, was spotted walking alone on a busy Aberdeen street at rush hour by a concerned passer-by. 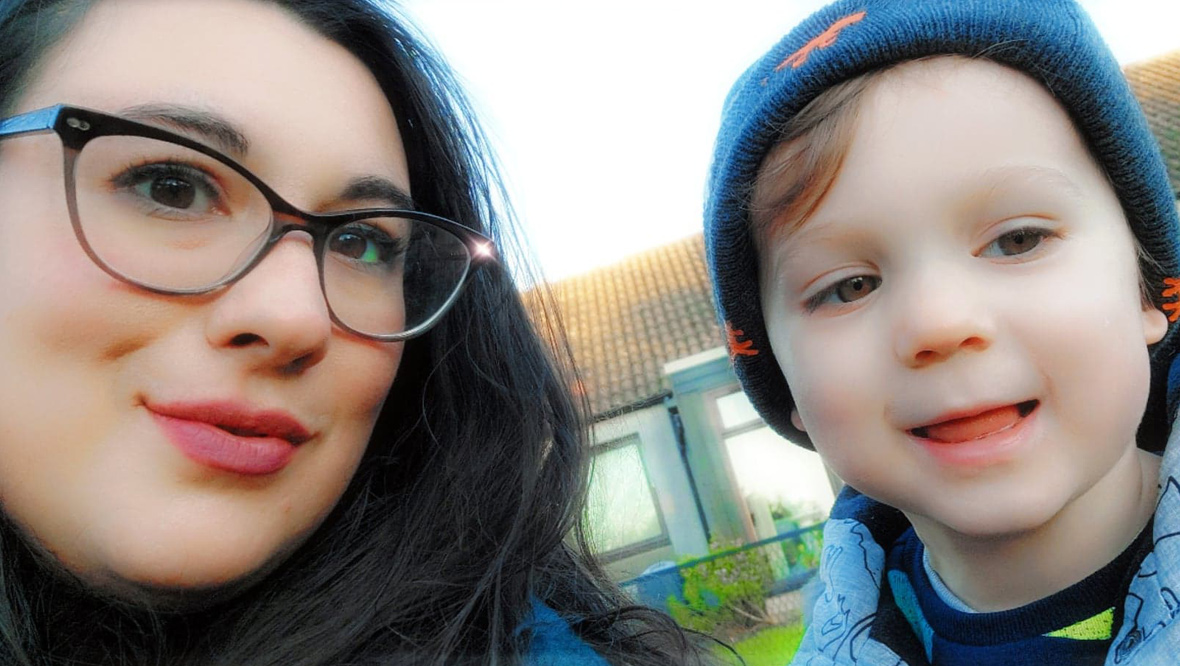 A furious mum says her three-year-old son was almost hit by a bus after he was allowed to leave nursery unaided and attempt to walk home.

He was found walking along a nearby street by a concerned passer-by, who contacted the police and took River back to his house.

“I was at home with my two-year-old when the front door went at around 4.45pm,” Ms Kilpatrick told STV News.

“I thought it was a parcel but it was a member of the public standing next to River. They asked if I had lost my son. I was in shock because he should have been in nursery, I didn’t understand what was happening.

“I didn’t know how long he had been missing. The woman who found him had already phoned the police, who arrived at my door about five minutes later.

“The nursery never phoned me at all. When I got up there they said they did not know how he got out or how long he had been missing.

“When the police arrived I just froze in sheer panic – I felt like you do when you wake up from a bad dream.”

Ms Kilpatrick headed to the nursery to seek an explanation about the incident. En-route, her son told her a bus had nearly hit him and it was “really scary”. He had been walking near the busy Lang Stracht, a key city thoroughfare, during rush hour.

“What if he had been hit by a bus, or kidnapped, or touched inappropriately? I’m a very anxious person and I didn’t want to leave my child at nursery – it’s just like my worst fear happened,” said Ms Kilpatrick.

“I had never left River with anyone previously other than a family member. It was a very big thing for us to do leaving him at nursery, it was a big thing to overcome, especially after keeping him safe during the pandemic.

“I won’t be letting anyone else look after my child for a while now.

“I do not see how he can ever go back to that nursery. I have lost complete faith in the system, how can I trust anybody to look after my kid?”

Ms Kilpatrick, who is also mum to two-year-old Sienna, says she understands the importance of attending nursery for her son’s education and ability to socialise with other children of a similar age.

But she feels that she won’t be able to leave him unattended for a while now.

She said: “I realise a significant part of his life is being able to socialise with other kids his own age. We had just started to get back to the stage where kids could socialise together, he was getting back to normal, but now I feel I have to put that to a stop as he won’t be going anywhere for a while.

“I am beyond angry. The nursery never communicated to me at all. I trusted someone to look after my child and they endangered his life,” she said.

“Luckily, River is OK but in a split second I could have lost my son.”

The local authority have launched an investigation in the incident.

An Aberdeen City Council spokeswoman said: “Education officials have spoken and met with the parents and we will continue to maintain contact. We are in the process of fully investigating the incident so we have a clear set of actions to progress.

“We are checking the doors at the nursery today and will make any adjustments as necessary.”

A Police Scotland spokesperson said: “At around 4.40pm on Wednesday, August 3 we were informed that a three-year-old boy had been found by a member of the public in Lewis Road, Aberdeen.

“Enquiry was carried out and the boy was safely returned to his parents.”