Bad Actress is bringing back the high-glam, hard rock of the 1980s - despite it being in vogue decades before they were born. 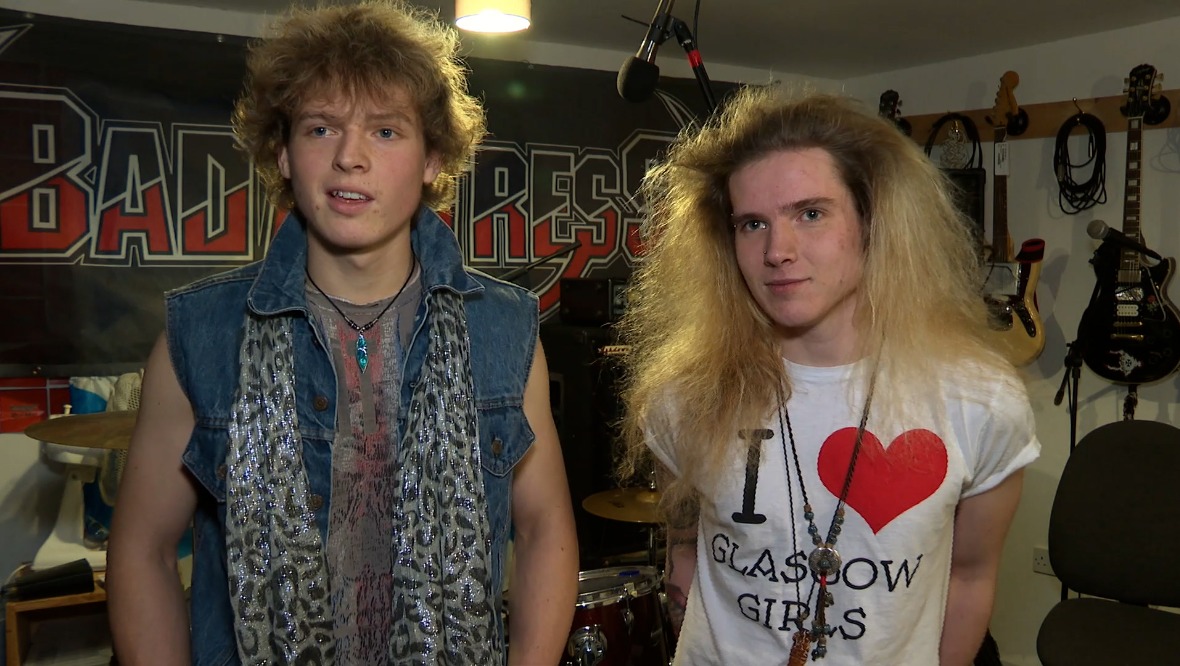 For music fans, it was the era that brought tight jeans, big guitar riffs, and even bigger hair.

Now a young Moray band is bringing back the high-glam, hard rock of the 1980s – despite it being in vogue decades before they were born.

And five-piece Bad Actress hope to bring a bit of fun to the festive music scene with a cover of Christmas rock classic ‘Run Run Rudolph’.

Aged between 18 and 24, they’ve been wowing music fans with their performances which emulate the blues and glam of some of the biggest bands of that decade.

The group includes brothers Lewis and Struan McFarlane aka Lui Q and Chick and eldest sibling Ross, who fronts the band in his singing alter ego Vinnie Vexx.

Drummer Lui Q told STV News: “ We kind of grew up with our dad listening to AC/DC, Def Leppard, Meatloaf, stuff like that, on cassette tapes, and there would be video tapes of AC/DC and we would be running round the living room dancing to it. I think that’s where it came from for us.”

Guitarist Chick said: “The 80s just had better music! They had better styles, they all looked cool. Nobody looks cool any more!”

Lockdown forced a halt to rehearsals but the dedicated musicians released a series of singles through the pandemic – now they’re taking on the festive streaming charts.

Chick said: “I always wanted to cover Run Run Rudolph since hearing a Metal Christmas Covers album, it was different musicians, there was Billy Gibbons from ZZ Top, Lemmy and Dave Grohl did this, and I thought it was a cool song. But it was Chuck Berry who did it originally and I am a big Chuck Berry fan.”

With a growing global fanbase, they’ve already been top of the rock charts as far away as Australia.

Of their lively stage personas, Chick said: “If you go and see a band and they are just standing there playing, just listen to their records.  We want to create something else when you see us live, so it’s more of an experience.”

The young band already have a number of bookings in the calendar for next year.  They say they’re ready to take on 2022 and hope to soon be bringing a taste of Moray mayhem to a venue near you.