George Cook may ask NHS Grampian to take his dialysis machine away amid cost of living crisis. 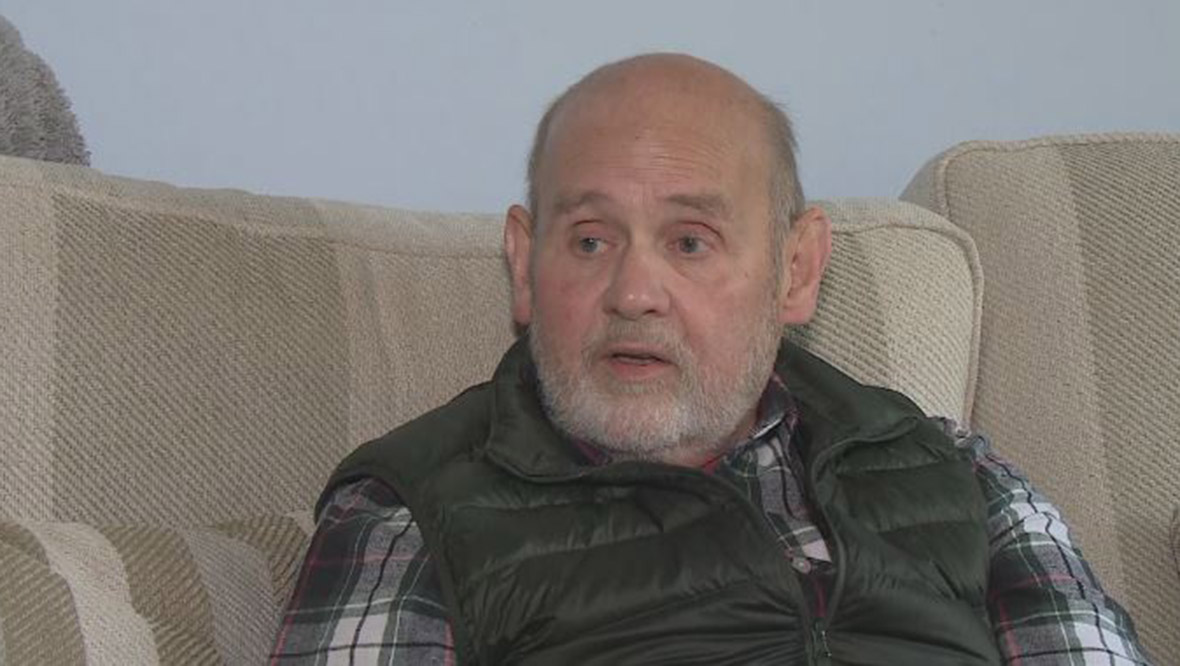 George Cook relies on his dialysis machine to stay alive. But the 63-year-old is struggling to afford the electricity that keeps it running.

He is now considering drastic action and may ask his local health board to take the machine away, meaning he would be treated in hospital instead.

Energy bills are soaring, with some households spending close to £2000 per year.

Mr Cook, from Moray, told STV News: “In essence, it’s completely life-saving. If I didn’t have the equipment or access to the equipment I would have been dead years ago. This equipment keeps me alive.

“Do I ask them (NHS Grampian) to remove the equipment and I’ll revert to in-hospital dialysis?

“Or will someone come to their senses and help me with energy costs. I’m almost certain I will ask them to remove the equipment because I can no longer afford to run it.”

The 63-year-old says most of his income goes on the day-to-day running of his household and fuel bills, adding that he is increasingly having to dip into his savings.

Bills for the average household whose tariff is tied to the energy price cap rose to £1,971 on April 1 after the price of gas soared over previous months.

It forced the UK Government to promise the £200 rebate on energy bills from October and also knock £150 off council tax for many households.

But many campaigners have warned that this will not be enough, especially next winter if the price cap goes up again, which is widely expected.

Mr Cook said there had no been discussions with the health board about financing his dialysis machine.

He said: “Many years ago I was discharged from Aberdeen Royal Infirmary with an oxygen concentrator and the electricity cost for that was met by central funding, which is what I think should happen with home dialysis patients.

“I was urged to consider home dialysis when I first started going to Aberdeen and I thought that would be a good idea, because I would be able to manage my own personal time better if I had the equipment here – but I rather naively thought there would be financial support for running the equipment.

“I’ve had no communication with management at all. I think they (NHS Grampian) are just ignoring it – they’re quite happy for me to pick the bill up for running the equipment.”

Keith Anderson, who leads energy firm ScottishPower, said earlier this week that bills were likely to go up by nearly another £1000 for millions of households around the country next winter.

ScottishPower believes the price cap might go to £2,900 on October 1.

A Scottish Government spokesperson said: “We are doing all we can within our powers to assist those worst affected by the rise in energy prices and have recently allocated a further £10m to our Fuel Insecurity Fund (FIF).

“The FIF is delivered through trusted third sector partners including the Fuel Bank Foundation and Advice Direct Scotland. Both these organisations provide direct assistance to households who are struggling with energy costs, including patients who need to run equipment at home.

“Scottish ministers have made clear their disappointment that the UK Government’s energy security strategy failed to support hard-pressed households and businesses to manage their bills whilst reducing our dependence on imported energy.”

A spokesperson for the health board said: “We are in the process of creating a strategy within the renal service to address the issue on reimbursement of energy costs for renal home therapy patients.”