A yellow weather warning for rain set to bring flooding and travel disruption has been issued for parts of Scotland.

Perthshire, Angus and parts of Aberdeenshire are set to be battered by heavy downpours and strong winds on Tuesday.

The Met Office said flooding of some homes and businesses is likely and that bus and train services may be affected.

Drivers and others making trips were warned that journeys would take longer due to spray and flooding on roads.

STV weather presenter Philip Petrie said: “It was a mild weekend across Scotland with temperatures well above average for the time of year.

“We experienced our warmest November night on record last week, and yesterday we broke our record for the warmest Remembrance Day in Scotland with a high of 17.2C in Aviemore.

“This week, however, things are turning more unsettled once again and temperatures will be returning to their average for the time of year.

“On Tuesday, a frontal system moves in from the Atlantic bringing with it a band of rain.

“This will sweep eastwards across the country through the morning and into the afternoon with some particularly heavy downpours at times.

“It is expected the heaviest bursts will be through the afternoon around parts of Angus, Aberdeenshire and Perthshire where we could see as much as 60mm of rain on higher ground.

“The Met Office rain warning lasts from 12pm tomorrow until 9pm at night covering this area and it is likely we could see some disruption, and some flooding – particularly at this time of year when drains are clogged with fallen leaves.” 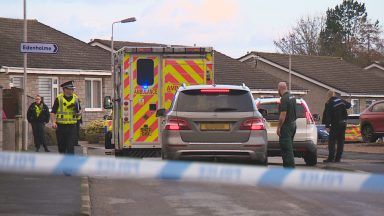 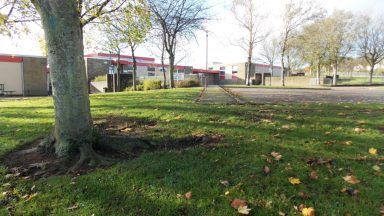