The Duchess of Kent lifeboat was hit by a huge wave and overturned on January 21, 1970. 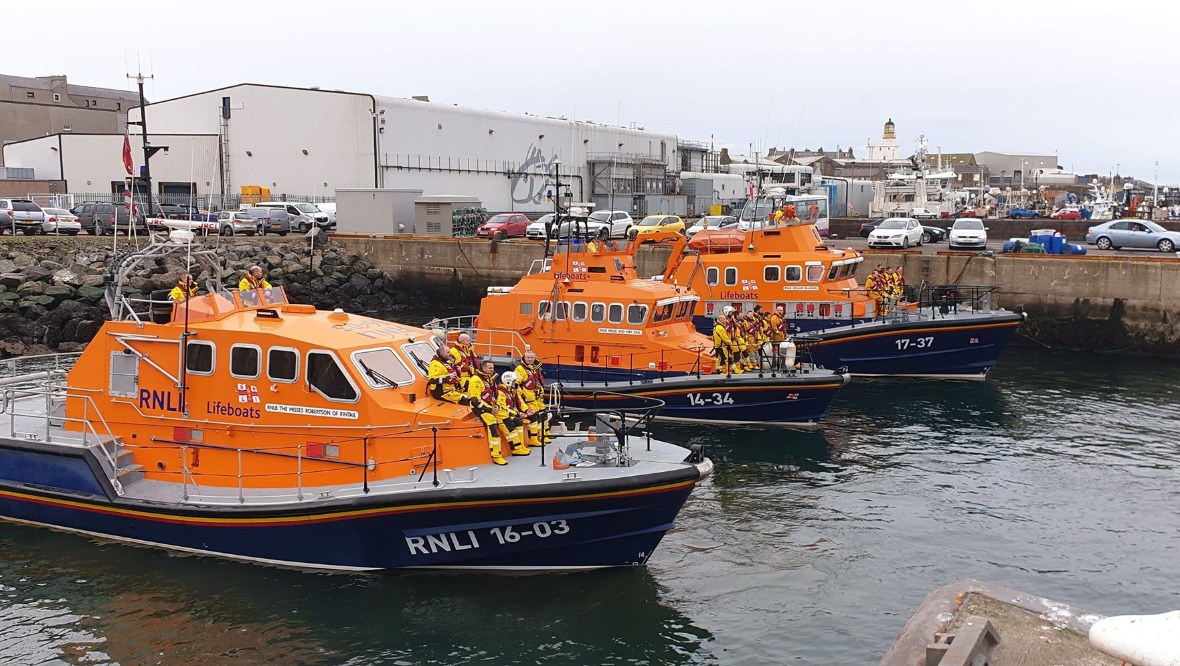 A memorial service will be held to remember five men who died in the Fraserburgh lifeboat disaster 50 years ago.

The Duchess of Kent lifeboat – launched to assist a Danish fishing vessel – was hit by a huge wave and overturned on January 21, 1970.

The Princess Royal will mark the anniversary of the tragedy, which left behind five widows and 15 children, on Sunday afternoon.

John (Jackson) Buchan was the boat’s only survivor after being saved by a Russian trawler.

A Royal National Lifeboat Institution (RNLI) spokeswoman said: “In January, we will be marking 50 years since the 1970 Fraserburgh Lifeboat disaster.

“Whenever we mark an historical disaster it drives home to all of us the real dangers, ever-present, on our seas and around our coasts.

“We are forever grateful for the time and commitment shown by all our volunteers, our thoughts will, most certainly, be with the friends and families of those who were lost in the 1970 disaster.”

The Princess Royal will pay her own tribute to those lost in 1970 by attending a service at Fraserburgh’s Old Parish Church at 2pm.

The RNLI launched an initiative this week to raise £1.8m and attract fresh recruits to help current crews working across the UK.

The campaign, called the Perfect Storm, recognises the commitment and courage of the thousands of volunteers throughout the country, who have their pagers close to hand and are ready to respond to any situation.