Man dies at scene after being found badly injured in flat

The man was found with serious injuries on Wednesday afternoon. 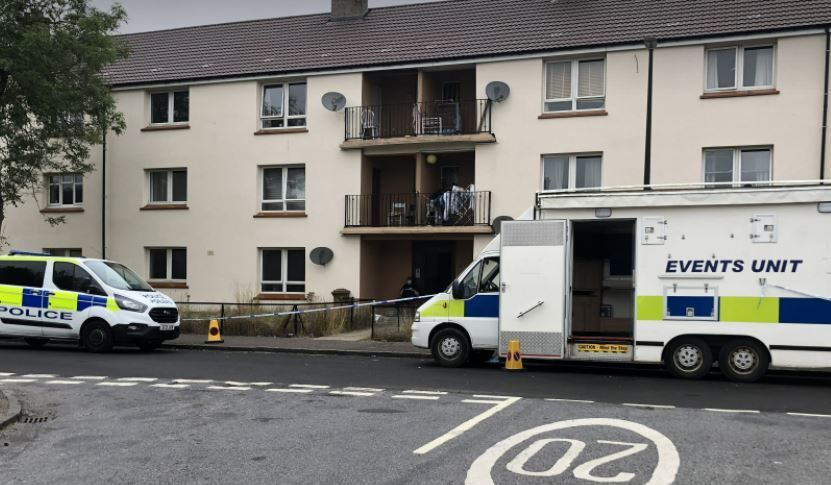 An arrest has been made over the death of a man who was found seriously injured within a block of flats in Dundee.

Police, including forensic officers, are now investigating the incident that took place on Ballindean Terrace on Wednesday afternoon.

Emergency services were called to the scene at around 2.55pm and the man was pronounced dead soon after.

A 27-year-old man has since been arrested in connection with the incident.

The property has been cordoned with several tributes left to the man including flowers with a handwritten message saying “Devastated to hear this news, sleep tight big man, we will miss you.”.

A Police Scotland spokesperson said: “Around 2.55pm on Wednesday, 8 September, police were called to a property on Ballindean Terrace, Dundee, following a report of a man with serious injuries.

“The man was pronounced dead at the scene and an investigation is underway.

“Officers remain in the area. We’d like to thank the local community for their patience and understanding as officers carry out their investigation.

“A 27-year-old man has been arrested in connection with the incident and enquiries remain ongoing. “There will be an increased police presence in the area while our investigation continues.”

Rural school could close down for good after no students enrolled

New distillery proposed for Scottish whisky capital of the world