Rescuers rushed to save the walker at Seaton Cliffs, in Arbroath, who was clinging on around 32ft from the top on Sunday. 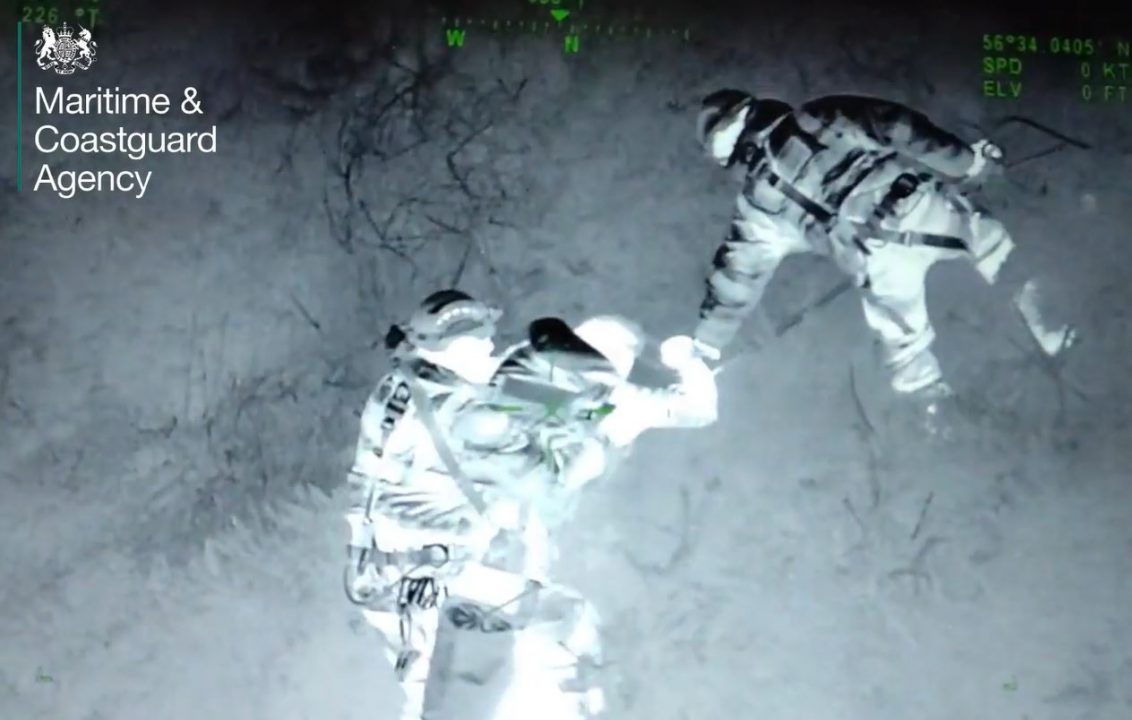 A walker who was rescued from a cliff face in Arbroath was “a finger’s grip away” from plunging to death, the Coastguard has said.

Rescuers rushed to help the man at Seaton Cliffs, who was clinging on around 32ft from the top on Sunday evening.

The man, described as being “cold and tired”, was said to have been in a “desperate situation”, as his walking companion called 999.

Teams from Arbroath, Dundee and Stonehaven were sent to the scene at Dickmont’s Den, alongside RNLI Arbroath Lifeboats and search and rescue helicopters from Inverness.

However, a helicopter rescue was deemed to be too dangerous due to the downdraft, which could have had enough force to knock the man from his position.

The teams instead opted to gear up and carry out a technical rope rescue and the man was then safely recovered.

“It was a close call – he was struggling to hold on, and it was a long way to fall,” he said.

“The teams knew they had to get to him and quickly. It was a tough rope rescue in darkness on a steep and crumbling cliff.

“It goes to show how quickly a nice winter walk can turn sour, one decision and suddenly the man found himself gripping on for life. It really can happen that easily and to anyone.”

Kerr urged people to stay well back from cliffs, as well as outlining the importance of being prepared.

He said: “They were well prepared with the right gear and fully charged mobile phones – they did the right thing in calling for help.

“The cliffs in that area are particularly loose and it can be very easy to end up in a difficult situation.

“So we do ask people to stay well back, the cliffs around the UK are continually eroding and can become unsteady at any time.”