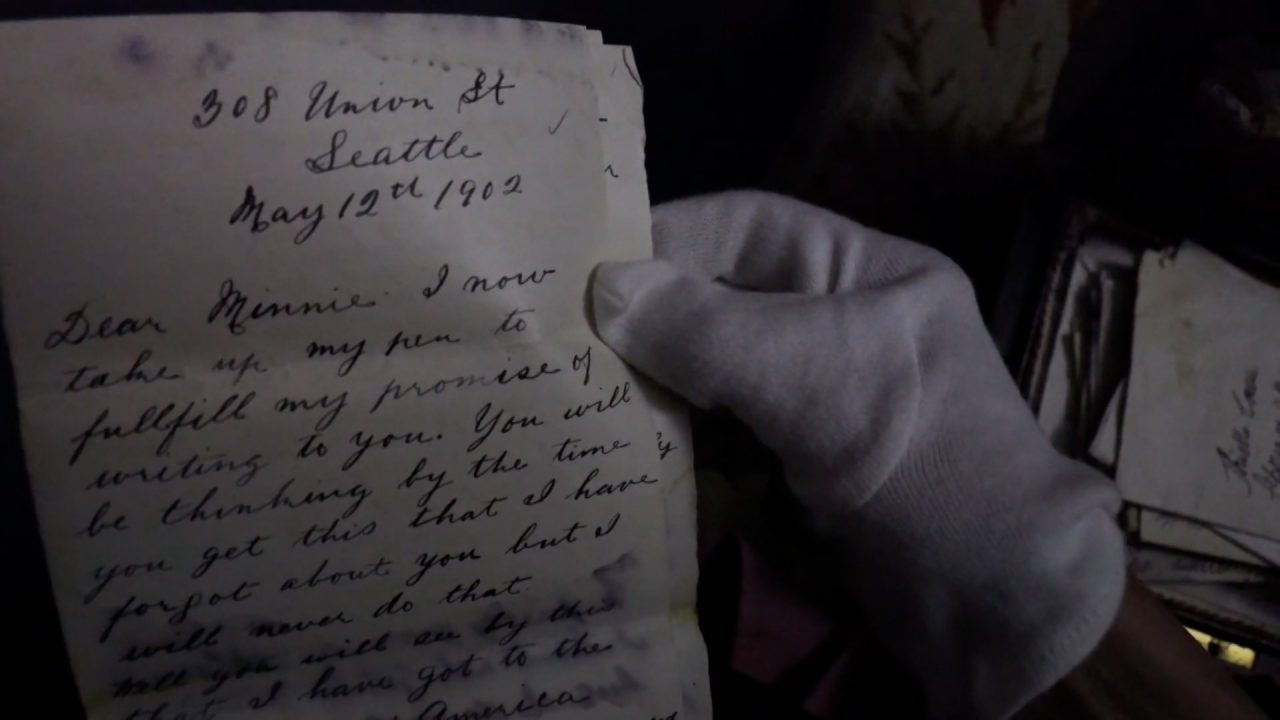 Love letters hidden in a museum for more than a century have inspired a new play.

Miss Lindsay’s Secret was written after the notes were discovered inside a sewing box at Glen Esk Museum in Angus.

Alexander Middleton left the area in 1902 to seek his fortune in the Canadian Klondike goldrush, leaving behind his childhood sweetheart, seamstress Minnie Lindsay.

His correspondence to her was uncovered more than 100 years later by actor and playwright Maria MacDonell.

Set in the museum, the story is told through the eyes of the museum curator, who will be played by Maria at the Edinburgh Fringe in August and Aberdeen’s Lemon Tree in November.

It questions the morality of sharing secrets, and is described as a tale of “hope, longing and unfulfilled dreams”.

“The letters reflect the life Alexander left to seek his fortune,” Maria said. “We learn what it is like to be part of the Klondike goldrush, the great hardship and intense homesickness.

“They talk about returning home to his sweetheart and the landscape, but they also give a beautiful perspective of the glen at that time.”

Boom towns sprang up but soon declined as gold was found in other areas, including Alaska.