Graeme Carling lost his parents within an hour of each other during January last year. 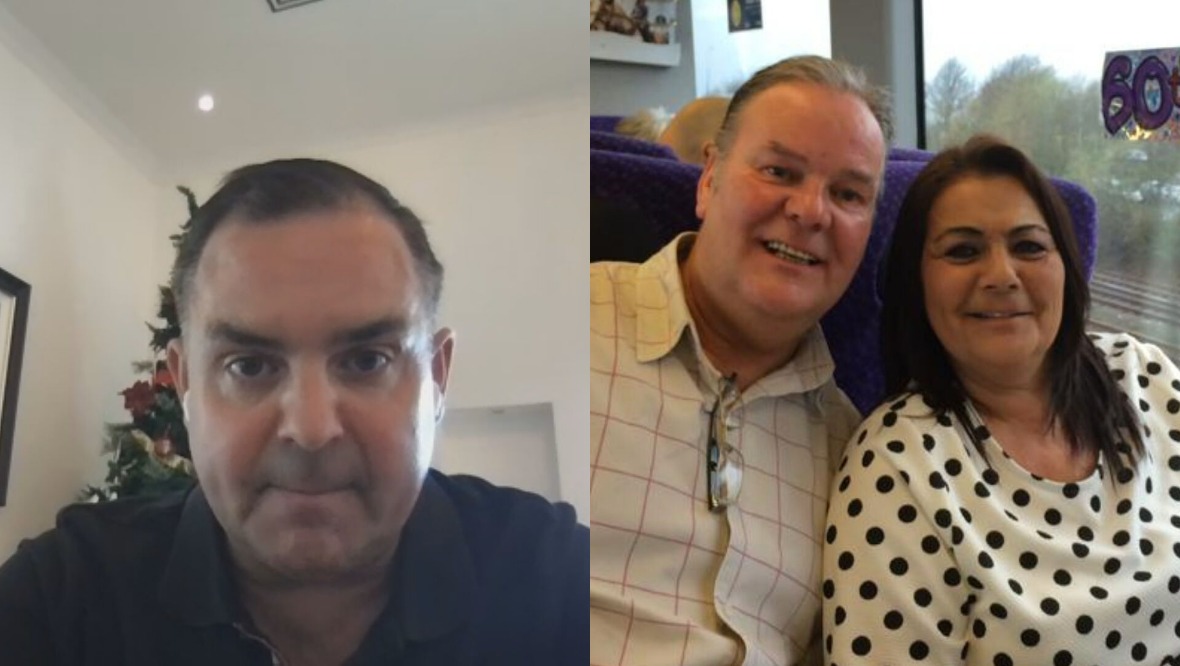 A man whose parents died with Covid within an hour of each other has said he has “no doubt” about getting vaccinated, having seen the impact it has had on his family.

Speaking to STV News, Graeme explained that his parents did not have the opportunity to get the vaccine, with the rollout at that time being in its very early stages.

And he admitted to having been in two minds initially about the vaccine, as they had not know of anyone that had been seriously affected by the virus.

But Graeme acknowledged that losing his parents, the impact of the virus “hit home”.

“I think it’s an easy decision when something like that happens, like what happened to us,” he said of the decision to get vaccinated.

“The death of your parents out the blue due to Covid, it’s a pretty emphatic thing, and for me then, the decision was easy.

“I think I was likely to get the vaccine anyway, you know, I was minded to do that, course I was, but I would have had some questions about it possibly.

Graeme spoke of the difficulty of the Covid restrictions in place at the time of his parents’ deaths.

“It was a double funeral. We were only allowed 20 people inside the crematorium and that was for both. Our immediate family is bigger than that,” he told STV News.

“I’ve only had two parents, they both went at the same time, so I don’t know any other way really to be honest other than it happened and we’ve had to deal with it and get on with it really.”