'Remarkable' bond of horse and officer who rode through war together

Letters showing the special bond between Vic and Captain Alexander Wallace have been handed to historians. 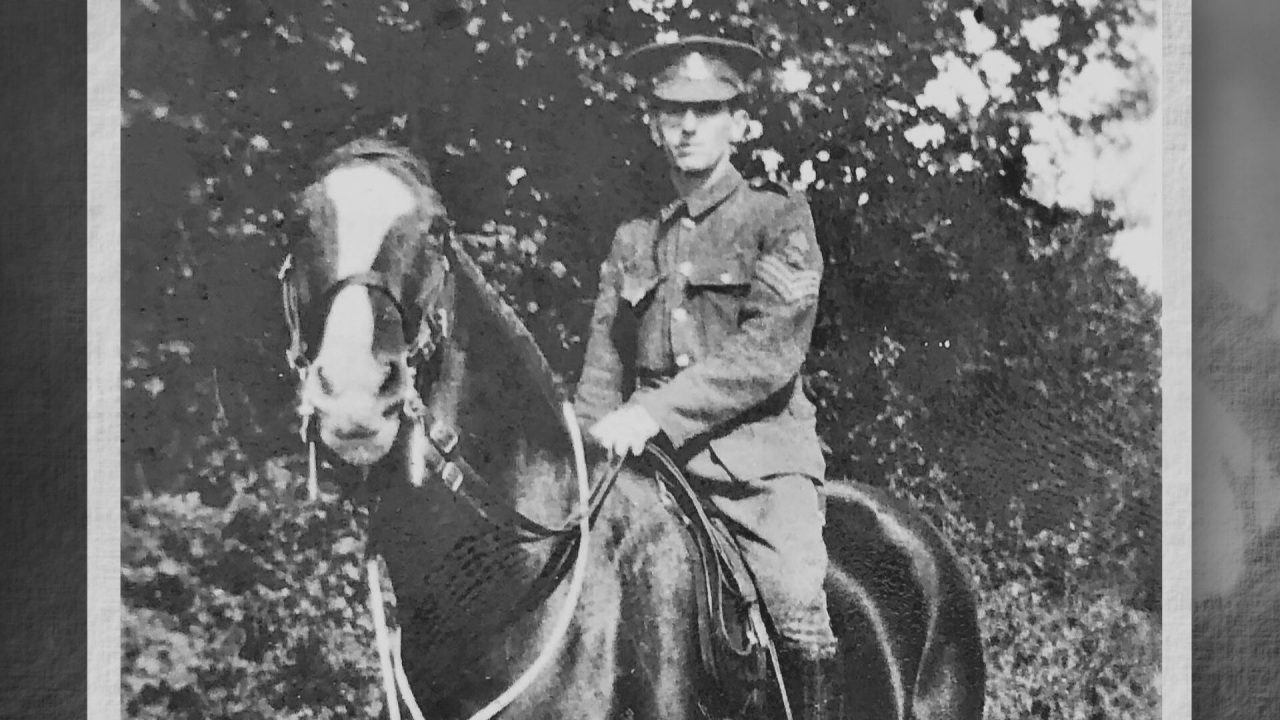 More than 100 years after the end of the First World War, new details have emerged about a horse from Angus and her rider who fought in some of the conflict’s most infamous battles.

Letters unearthing the story of Vic and Captain Alexander Wallace have been handed to historians at the Montrose Heritage Air Station.

Vic was given to the officer by his father – a vet appointed as a horse requisition officer – and she became his mount through the whole of the Great War.

Unlike most war horses, Alexander managed to bring Vic home and she lived the rest of her days on a farm near Montrose.

Sian Brewis, a volunteer for the museum, and her late husband Michael, had been researching the pair for years.

She said: “These letters have come to light in recent days and they have details of all the battles that Vic and Alexander were at, so that’s something we’ll take a closer look at.

“We know they fought at Passchendaele and at the Somme, but the other details are unclear so hopefully these letters will tell us more.

“Vic was the only horse out of 131 horses from the Forfarshire Battery to return and she came back to her actual home in Angus, the story is remarkable.”

Horses played an important role during the First World War. They were used for carrying supplies, soldiers and formed part of the cavalry.

Sian explained that was one of the reasons Vic and Captain Wallace were so special. She said: “At the start of World War One, Alexander’s father, who was a vet, was appointed as a horse requisition officer. He would’ve toured right across the country to look for horses.

“He must’ve seen something he liked in Vic and gave her to his son and she was his mount throughout the whole of the Great War.”

Captain Wallace emigrated to America shortly after the end of the war, but he and Vic’s story lived on through his family.

His grandson John Wallace recently came to see the display, which shows his grandfather and his horse.

He said: “I’m glad I donated the jacket, the medals and the pictures to the museum.

“The story behind it all couldn’t really be appreciated in the US, especially hanging in a closet, but here people can be touched by the story, it can be shared with everyone.”