Large blaze at school forces pupils and staff to evacuate

Thick black smoke could be seen across Aberdeen following the fire at Northfield Academy. 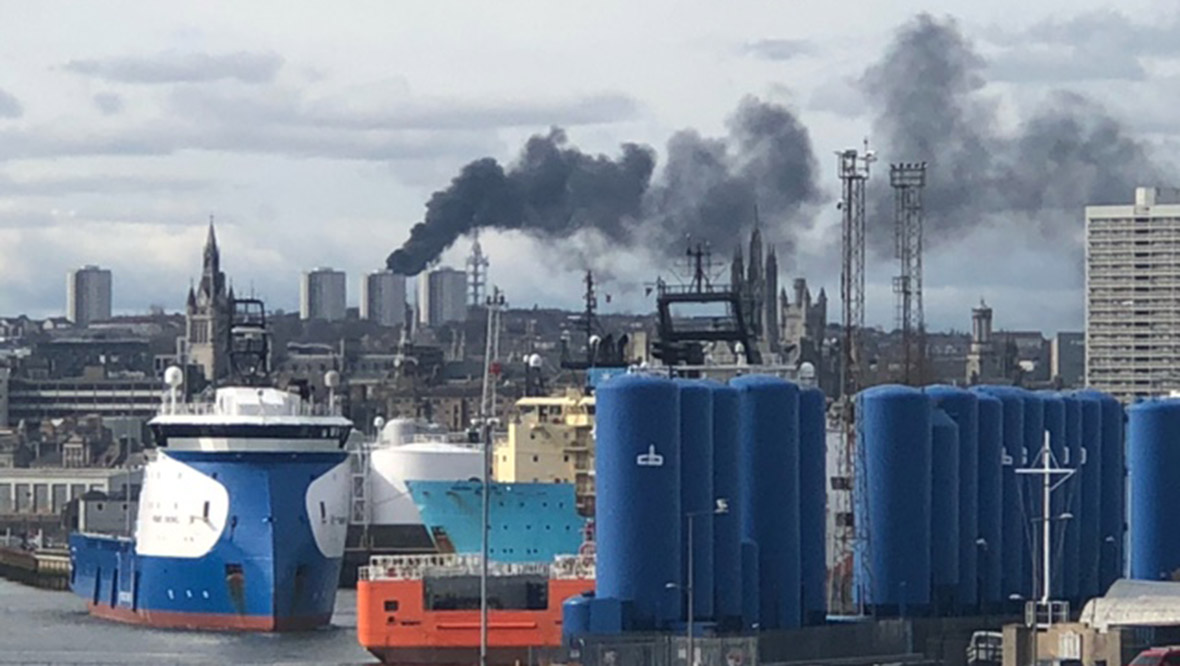 Staff and pupils have been forced to evacuate after a school blaze sent huge plumes of black smoke billowing across Aberdeen.

Aberdeen City Council said arrangements are being made for pupils at Northfield Academy to return home as a result of the blaze.

An Aberdeen City Council spokeswoman said: “Northfield Academy was today evacuated after a fire broke out. Thankfully, there were no casualties and we thank Scottish Fire and Rescue and Police Scotland crews for their help and assistance.

“All pupils and staff were sent home and parents are being kept informed.

“The school building will be closed tomorrow to assess fire and water damage and a decision will be made then for the rest of the week. Alternate provision has been made for pupils’ education tomorrow.”

A Scottish Fire and Rescue Service spokesperson said they were alerted at 1.43pm to reports of a fire at Northfield Academy on Granitehill Place in Aberdeen.

The spokesperson said: “Operations Control mobilised four appliances and one aerial rescue pump to the scene.

“Crews are currently still in attendance. There are no reported casualties at this time.”

A Police Scotland spokesperson said: “We were called around 1.50pm to a report of a fire at a school in Granitehill Place, Aberdeen, on Monday, 22 March.

“Officers are in attendance to assist colleagues in the Scottish Fire and Rescue Service with local road closures.”