The trip to Aberdeenshire was Charles’s first public engagement since the Duke of Sussex’s memoir was published. 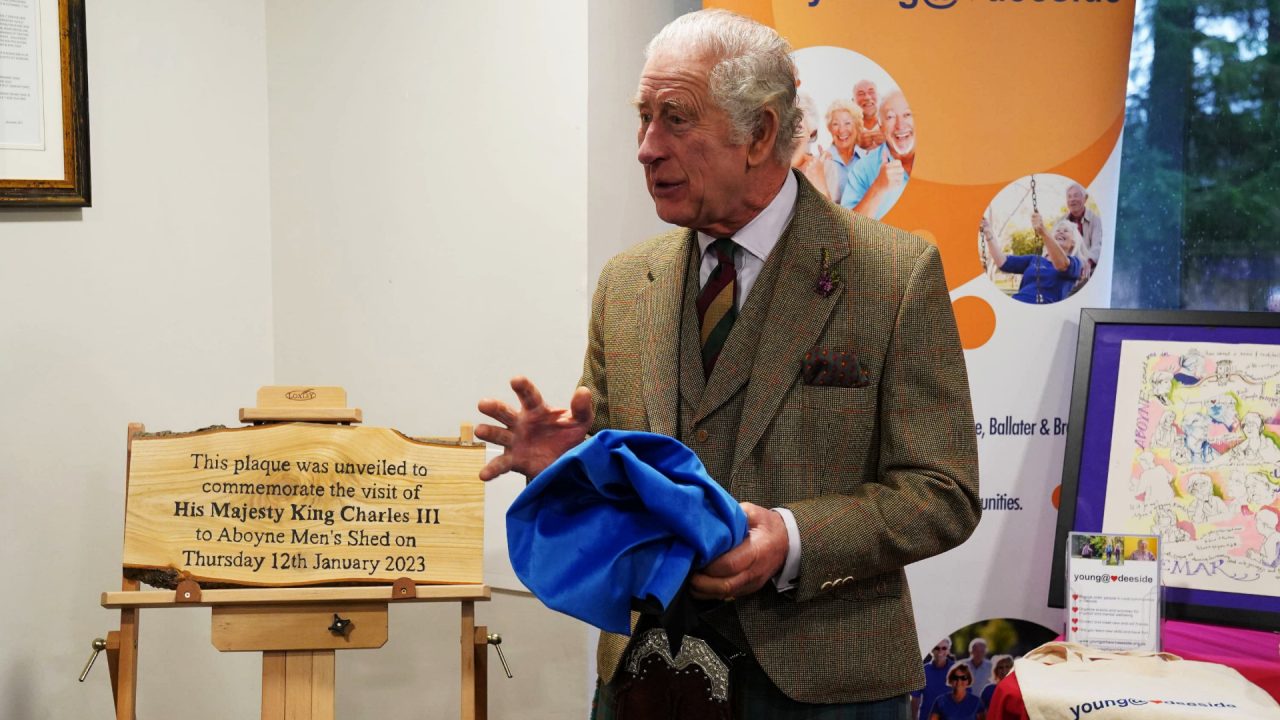 The King said he was “very impressed” as he was presented with a plaque made to commemorate his visit to community groups in Aberdeenshire.

Charles visited the Mid-Deeside Community Shed, near Aboyne, on Thursday to meet representatives of organisations working across the region.

He also drank tea with members of the Aboyne Men’s Shed, which is housed in the community shed, and watched craft skills including wood and stone carving in action.

Charles, dressed in a hunting Stewart tartan kilt, then unveiled the plaque, made by Men’s Shed member Tony Atherton, to a round of applause and said: “I am very impressed.”

The plaque reads: “This plaque was unveiled to commemorate the visit of His Majesty King Charles III to Aboyne Men’s Shed on Thursday, January 12.”

After admiring it, Charles quipped: “Has he spelt it all right?”

The visit was the King’s first public engagement since the Duke of Sussex’s memoir Spare hit the shops.

Tipped by industry experts to be one of the year’s biggest-selling books, it contains a series of revelations about royal life.

According to the publisher, the English language edition of Spare sold more than 1,430,000 units in all formats and editions in the United States, Canada and the UK on January 10 when it first hit bookshop shelves.