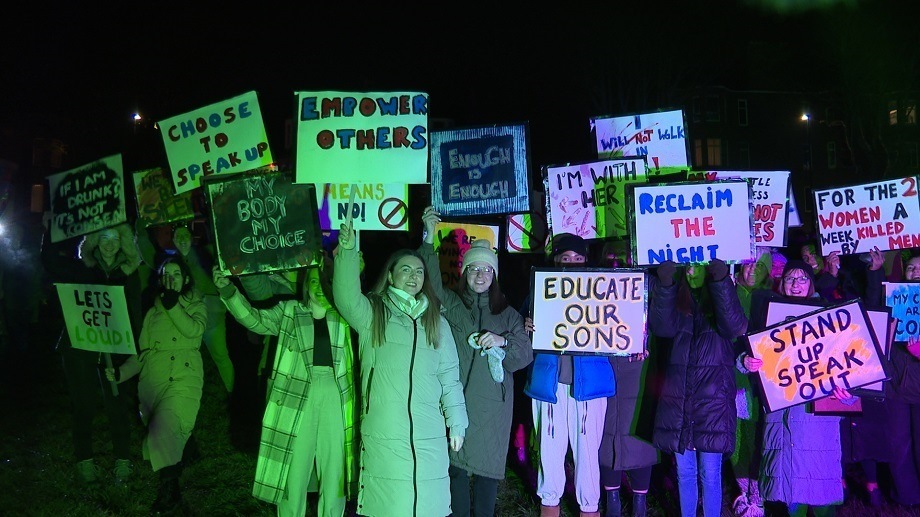 The deputy first minister has described violence against women as a “curse” on Scottish society.

John Swinney made the comments at the launch of a campaign to tackle the issue in Perth and Kinross.

Swinney, MSP for Perthshire North, told STV News: “It’s absolutely vital that we tackle the curse of gender-based violence in our society.

“It’s vital that we confront the truth, and the reality is that, in almost all circumstances, it’s perpetrated by men.

“Men’s behaviour has got to be tackled and it’s got to improve.

“We’ve got to take steps throughout our system – in our education system, in our schools in our communities, the work of our police services and our courts must ensure we eradicate violence against women and girls.”

He was speaking after hundreds of men, women and children took part in Dundee’s annual Reclaim the Night march.

Dundee and Angus Women’s Rape and Sexual Abuse Centre manager Katie Hardy-Jensen said: “This march and the concept of this march began in the 1970s when women were told to stay inside and to keep themselves safe.

“It’s 2022 and we’re still having to march just for the basic human right to be able to go out and live our lives.

“We’re attacked we’re raped we’re violated just when we’re going about our business and this shouldn’t be the case in 2022.”

Meanwhile, a debate on recognising the role that men must play in challenging and eradicating violence against women and girls was taking place at the Scottish Parliament on Wednesday.

The Scottish Liberal Democrats have called on the Scottish Government to establish a national commission to help better inform policy on tackling the issue.

It would seek to bring together charities and experts on gender-based violence to better inform ministers.

Alex Cole-Hamilton, the party’s leader, has also written to First Minister Nicola Sturgeon to ask if she would review the case of Adrienne McCartney, a victim of domestic violence who died by suicide after reporting her case to police and prosecutors.