The move will see residents attend home matches, allowing them to share their stories and memories of football. 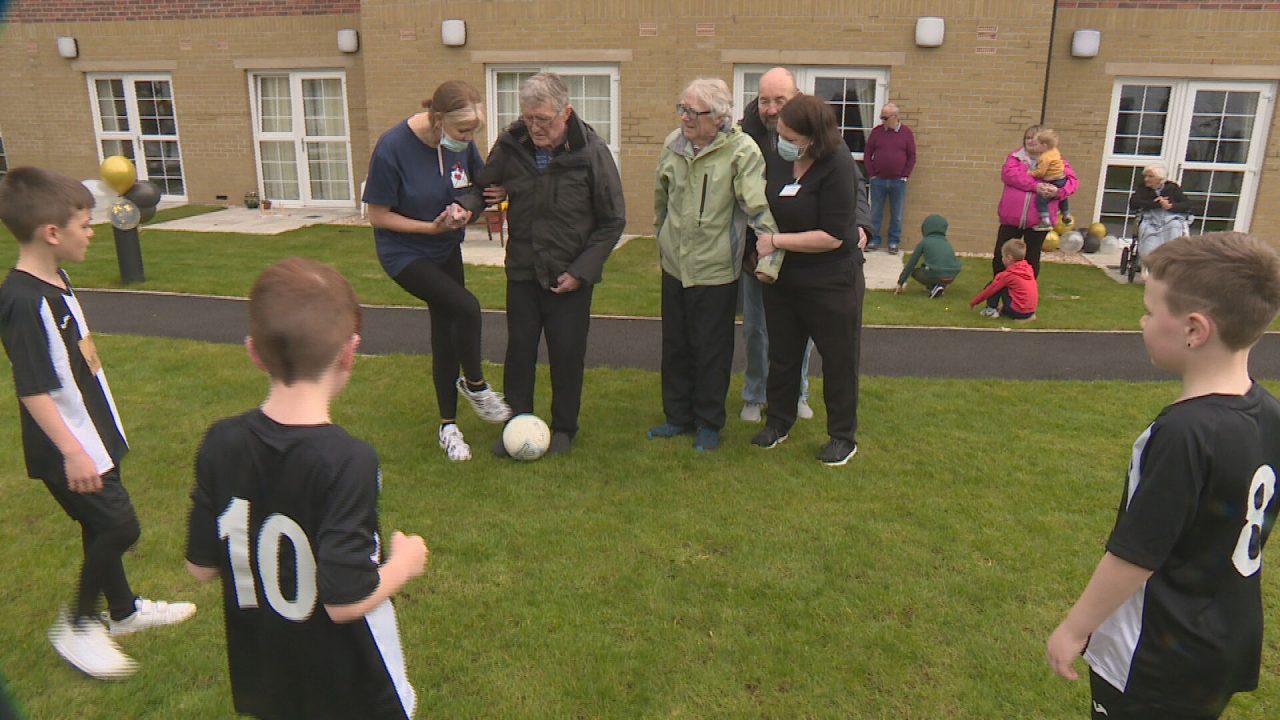 A children’s football team in Perth has teamed up with a local care home in a bid to tackle isolation.

It will see residents attend their home matches, allowing them to share their stories and memories of football.

The idea was sparked by one of the boys’ parents who works at the care home.

Heather Perrins told STV News: “Because of Covid we’ve not really been able to have children come into the home.

“The residents have become quite isolated because of not being able to see their family as regular.

“To actually be able to open the garden in a safe space and bring the children in, you could see it on the residents’ faces.”

The boys took part in a training session in the garden area of the care home on April 14 to mark the partnership.

The team presented the residents with a framed football shirt. Watching on was the facility’s oldest resident, 101-year-old Elizabeth Coutts.

“They’ve [the boys’ team] got all the chances in the world now,” said Ms Coutts.

“I’m an Aberdonian so I support Aberdeen, ever since I was first introduced to football many years ago.”

The sponsorship will see the boys make regular visits to the Perth care home.

Eight-year-old Jamie Duncan said: “I think it’s good. The older people can get a chance to live their life and play some football.

“It’s a very good sport, you can get active and get your feet working.