Mother-of-four Tammie Brown is worried about the winter ahead following the end of the Universal Credit uplift. 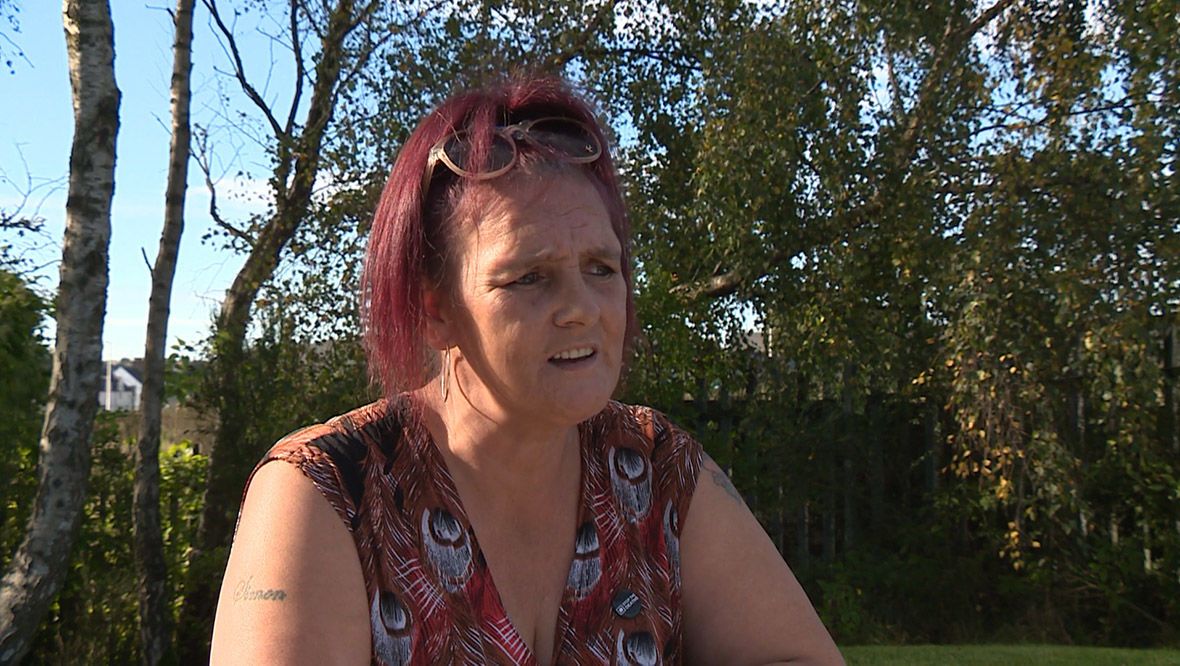 An extra £20 a week has been a lifeline for Tammie Brown and her nine-year-old daughter.

But as the Universal Credit uplift has now been scrapped she’ll be more than £1000 a year worse off – leaving her with difficult decisions over eating and heating.

Tammie, who has four children but lives at home with just her youngest, is one of hundreds of thousands of people across Scotland who will be affected after the UK Government ended the £20 uplift to the benefit, which was introduced at the start of the coronavirus pandemic.

A report by the Child Poverty Action Group (CPAG) in Scotland estimates that a further 22,000 children will be in poverty in Scotland as a direct result of the cut, while the Save the Children charity says it will affect more than 360,000 families.

Tammie told STV News: “It’s worked out at £86 a month that I get taken off me and that’s a whack.

“We’re trying to better ourselves going forward, going out to work and it just seems like we’re getting pushed further and further backwards to be honest.

“I work 18-and-a-half hours a week, so I get some help from Universal Credit but wages don’t stretch that far so that Universal Credit helps get me through the month – for bus fares, things my daughter needs – but that £86 is a lot of money for me to lose.

“It will be the choice of jumping into bed instead of putting the heating on to be honest, to save money. It will be food larder, I attend those sometimes but I can see me having to attend it a lot more regularly and it shouldn’t be that way.

“It’s a weird world we live in that I have to work and be going to a food larder in order to get through the month.”

The charities that help those living in poverty made their voices heard outside a UK government building in Edinburgh on Wednesday morning.

Cara Hilton, who works for the food bank charity The Trussell Trust, said: “I think most people are scared, they are worried, they just don’t know how they’re going to get through the winter, how they’re going to put food on the table next week, next month, never mind Christmas. It’s a heartless decision.”

The number of people on Universal Credit in Scotland has doubled in two years, with 480,000 people now relying on the benefit.

And charities are warning it will plunge more than 20,000 children in Scotland into poverty.

The UK government says the uplift was temporary to support people through the pandemic and the focus must now be on jobs.

But, like Tammie, 40% of those on universal credit are already working.

And as the benefit cuts begin to bite the looming winter could be a long and worrying one.

“It was absolutely fantastic, we were able to get extras we weren’t able to before basically.