Firefighters were called to the blaze at the Old Mill Inn on South Deeside Road at around 3.20pm on Monday. 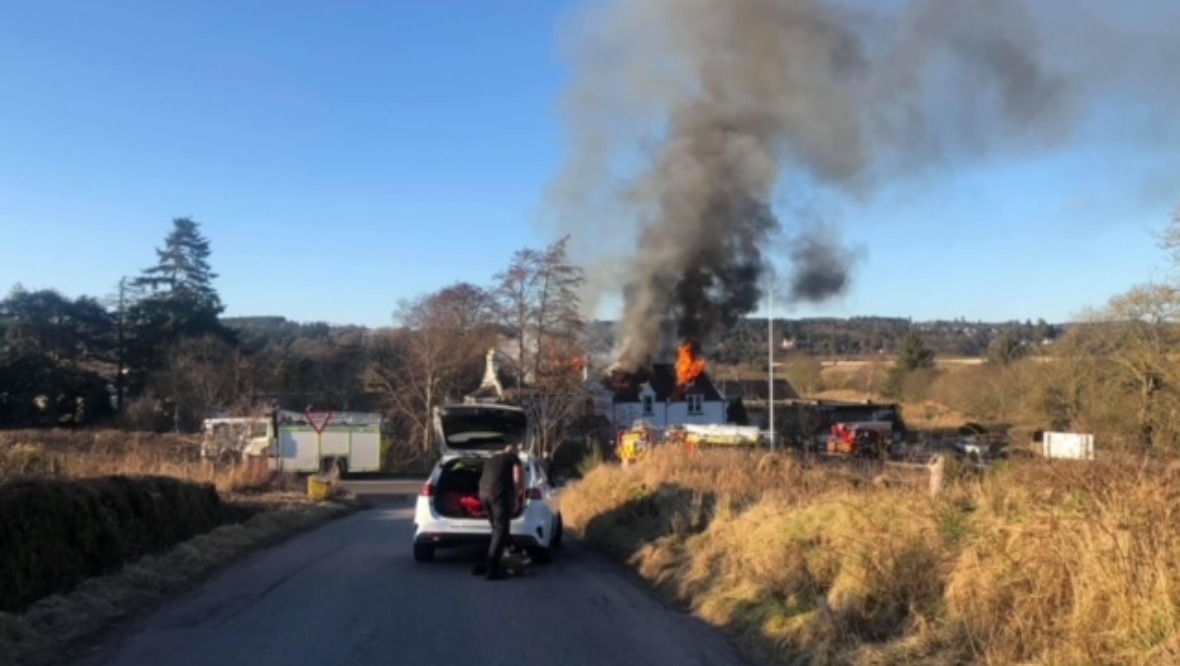 An investigation has been launched after a derelict hotel went up in flames near Aberdeen.

Firefighters were called to the blaze at the Old Mill Inn on South Deeside Road at around 3.20pm on Monday.

Four appliances and an aerial pump were dispatched to the scene to tackle the fire.

No one was injured as a result of the blaze.

A Scottish Fire and Rescue Service spokesperson said: “We were alerted at 3.22pm on Monday, February 22 to reports of a building on fire at South Deeside Road, Maryculter, Aberdeen.

“Operations Control mobilised four appliances and one aerial pump to the scene.

“Firefighters extinguished the fire and left after ensuring the area was made safe.

An investigation has now been launched into the cause of the fire.

A Police Scotland spokesperson said: “Officers in Aberdeen were called to the report of a fire at a property on the B9077 west of Maryculter around 3.50pm on Monday, 22 February.

“Emergency services attended and the road was closed for around six hours, reopening at 10.30pm.

“A joint enquiry with the Scottish Fire and Rescue service remains ongoing to establish the cause of the fire. “