Pratima Mukhopadhyay and her daughter Sohini are worried about their relatives thousands of miles away. 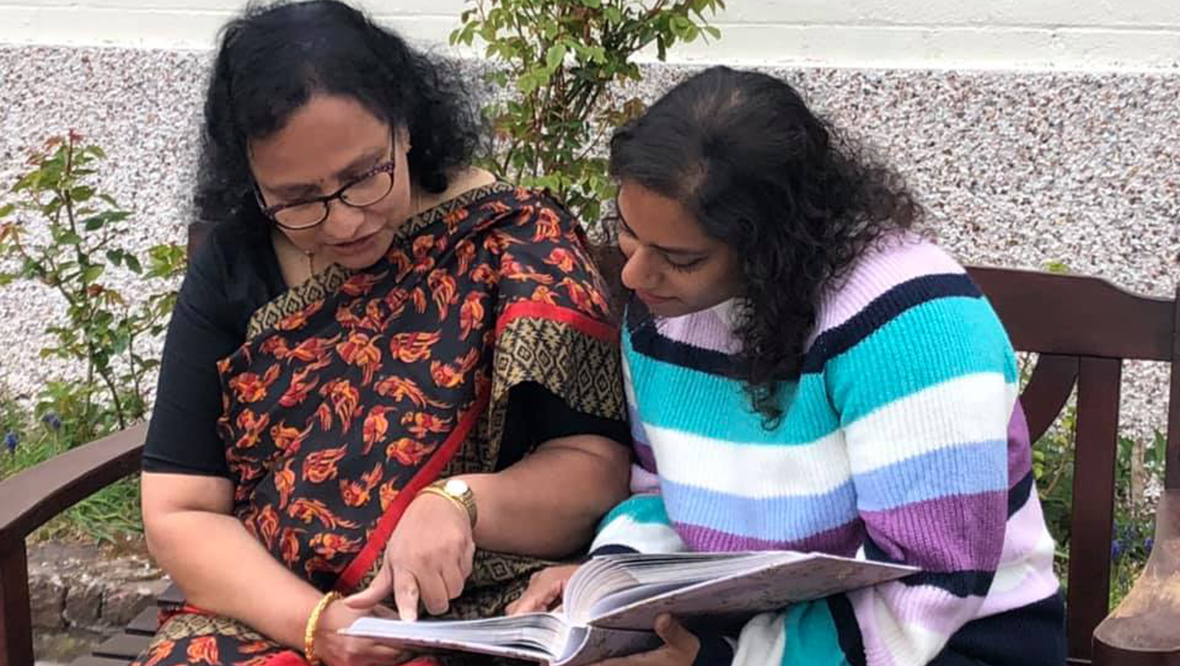 The Hooghly river running through the Indian metropolis of Kolkata is a long way from the banks of the Tay.

But the current Covid situation facing people in India is preoccupying the minds of a mother and daughter in Dundee who have relatives in the current epicentre of the pandemic.

India is struggling with a deadly second wave of coronavirus. Its death toll from Covid-19 now stands at more than 200,000 lives lost and the country is fast running out of oxygen, hospital beds and vaccines.

It is a desperate situation that is causing intense angst and worry for Pratima Mukhopadhyay and her daughter Sohini.

Pratima told STV News: “We are worried about them, although they’re all vaccinated we still don’t know about the strains or whether they’re going to work or not. My mum is 80. I phone my mum every day. She says the situation is getting really, really bad.”

The second wave is being blamed on new Covid variants, the recent elections and a slow upatake in the vaccines. Doctors also say there is a massive demand for hospital beds.

Dr Sheila Leonard said: “I’m getting so many phone calls asking for a bed with the oxygen facility. In other countries they were doing the home quarantine for asymptomatic cases and milder cases.

“In crowded places, it’s not easy to do that as so many people need admission – that is where we are facing a lot of problems. We do have many sick patients but the beds are being taken up by milder patients too.

Sohini Mukhopadhyay told STV News she had heard reports of family and friends who have died with the virus after being turned away from ICU.

She said: “Not being in that situation makes it even harder to understand what they’re going through. I’t easy for me to say don’t go to work because for us we have the furlough scheme and other support things but it’s not like that there…

As the numbers rise makeshift hospitals are being erected with other aid being promised by countries across the world.

For those like the Mukhopadyays with family in India there’s hope the international effort can help bring an end to this second deadly wave.