Icelandic glacier melting faster than it can recover, experts warn

They said that the rapid rate of summer melt is now significantly exceeding recovery during the winter months. 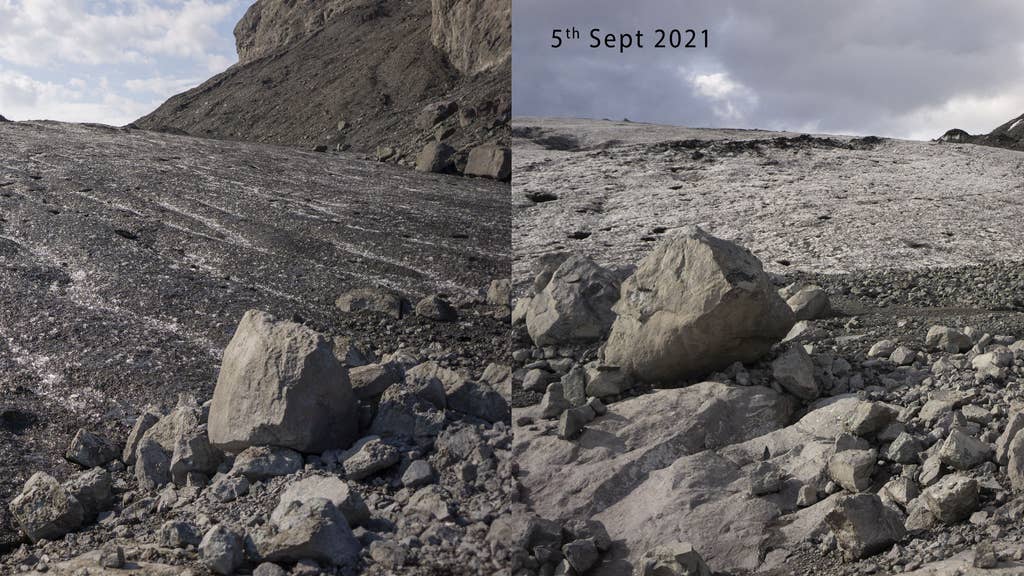 An Icelandic glacier is melting faster than it can recover due to climate change, experts have warned.

A time-lapse video created from footage captured over six weeks shows how the Breidamerkurjokull glacier, within Vatnajokull National Park in the south-east of the country, is retreating.

Experts said that the rapid rate of summer melt is now significantly exceeding recovery during the winter months.

The time-lapse was captured by Dr Kieran Baxter, a lecturer in Communication Design at the University of Dundee’s Duncan of Jordanstone College of Art and Design.

As the COP26 summit takes place in Glasgow, Dr Baxter is calling for action on climate change.

He said: “Footage like this should act as a wake-up call that we cannot ignore the signs any longer.

“Climate change is already having dire consequences around the world and we have to take responsibility for that.

“The paths we choose now, including the decisions made at COP26, will have a huge influence on the climate impacts that we will have to deal with in the future.

“The volume of ice melt that we are seeing in Iceland is just one of the indicators that show us the scale of those impacts.”

The university said that Iceland’s glaciers are coming under increasing attack from climbing temperatures.

Since 1989, Vatnajokull ice cap, one of the largest in Europe, has lost 150–200 cubic km of ice and its area has been reduced by more than 400 square km, according to the Icelandic Meteorological Office, while many glacier termini have retreated by more than a kilometre in this time.

Commenting on the new video, Snaevarr Gudmundsson, glaciologist at the South East Iceland Nature Research Centre, said: “While this footage represents only a fraction of the 16km wide glacier terminus, it demonstrates how rapidly Breidamerkurjokull is now melting.

“When a glacier is in balance, the winter accumulation would equal the summer melt, but we do not see that here.

“The ablation has accelerated beyond recovery and in recent decades a retreat of up to 250m per year has been recorded.”

Dr Baxter has been working with partners at the University of Iceland’s Research Centre in Hornafjordur on the project.