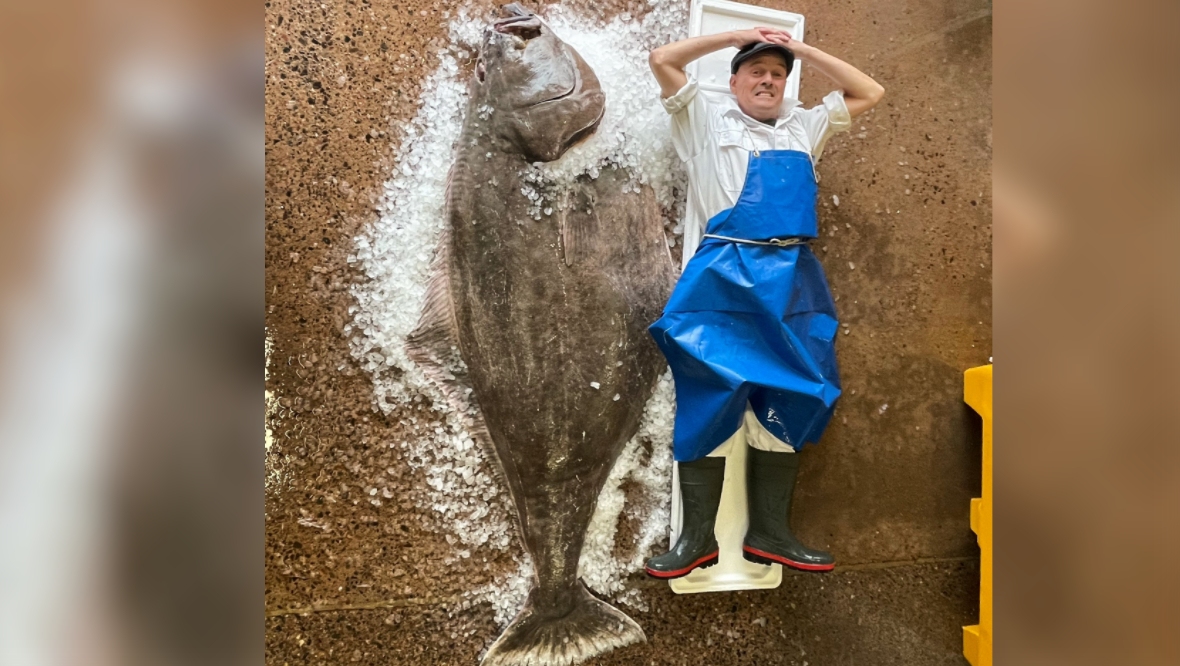 A mammoth halibut measuring more than six foot long and weighing 121 kilos has been caught in the North Sea.

Welch Fishmongers posted video and an image of the massive catch on their social media to the bewilderment of followers.

Based in Edinburgh, the family business received the fish after general manager Clare Welch purchased it in Peterhead on Tuesday.

Clare, whose family owns the business, said: “It’s the biggest fish I have ever seen come in. It’s a bit mad, really.

“It was caught in the North Sea and landed in Peterhead on Monday. We’ve filleted it and will sell it to businesses across the city.

“We’ve already had tons of calls about it – we’ll probably sell most of it wholesale to restaurants that have halibut on the menu, and some in our shop as well.

“It’s just really impressive – not something you see everyday! Just a fun novelty for a Wednesday morning.”