Fire crews rushed to the scene in Perth after the blaze broke out on Wednesday evening. 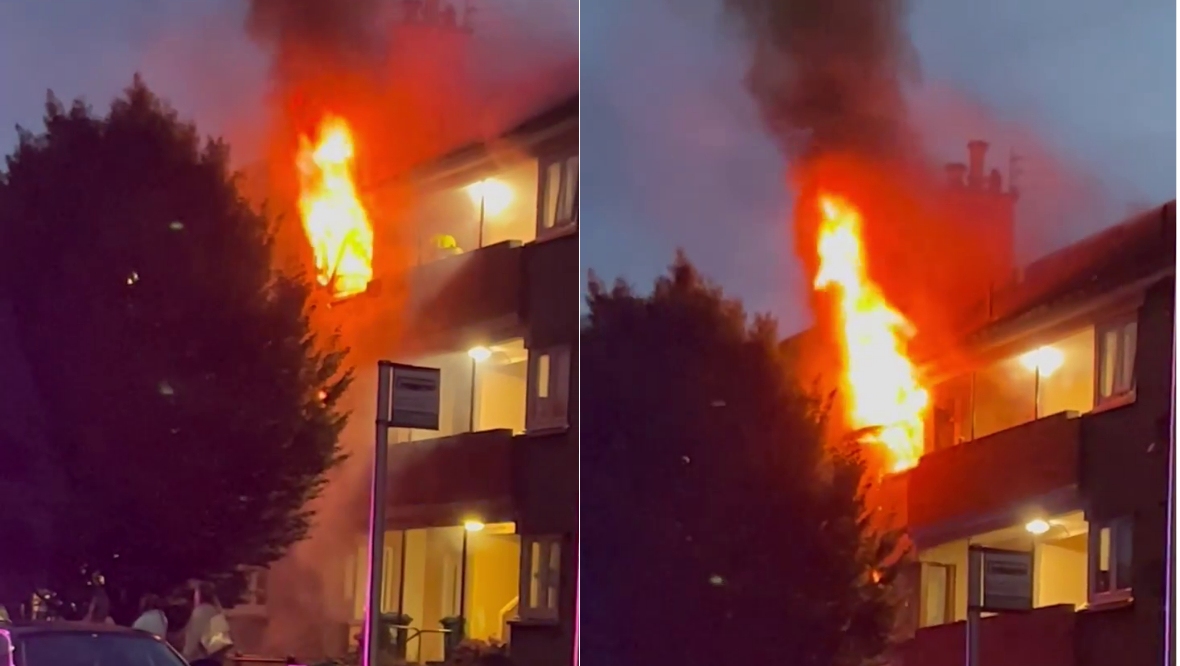 Fire crews rushed to a top floor tenement flat in Perth on Wednesday night after it went up in flames.

The Scottish Fire and Rescue Service (SFRS) deployed four appliances to the scene on Rannoch Road at around 10.40pm on July 27.

Three fire trucks and one height vehicle were used to help firefighters tackle the blaze in the top floor flat of a three-storey tenement building.

SFRS said the residents of all six flats in the building were evacuated safely before crews arrived and no injuries were recorded.

Footage shared to social media shows the raging fire rip through the lower half of the building, as plumes of smoke billowed skyward.

Police Scotland were also present on the scene to help with traffic management after a section of the street was closed between Campsie Road and Newhouse Road.

A SFRS spokesperson said: “We were alerted at 10.40pm on Wednesday, July 27 to reports of a fire at a property at Rannoch Road, Perth.

“Operations Control mobilised three fire appliances and one height vehicle and firefighters extinguished a fire affecting a flat on the top floor of a three-storey tenement building.

“The inhabitants of all six flats were evacuated before the fire appliances arrived and nobody suffered any injuries.”