The actor was joined by novelist David Profumo and Provost Xander McDade at Meikleour in Perthshire. 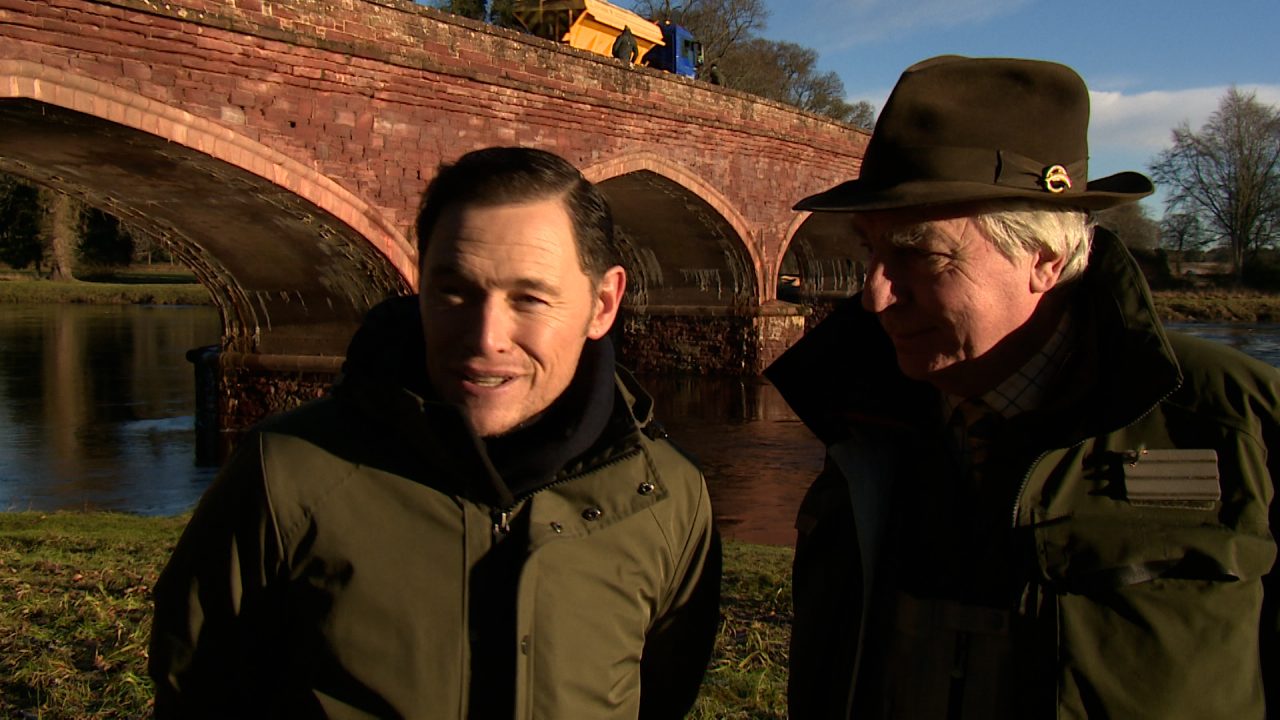 The Game of Thrones and The Dark Knight Rises star was joined by novelist David Profumo and Perth and Kinross provost Xander McDade.

The opening – featuring a piped procession and traditional whisky blessing – was hosted by Meikleour Fishing’s and the Tay District Salmon Fisheries Board.

It was the first time since the pandemic that the opening ceremony returned to full scale.

More than 90 anglers cast off at Meikleour on Monday morning.

Gorman told STV News: “It’s Blue Monday today, it’s apparently the most depressing day of the year, but the atmosphere and everything that’s here shows that isn’t always the case. It’s great to be here.”

There is optimism for ‘tight lines’ following the success of last year’s season, which saw a marked improvement in the number and quality of salmon returning to the river.

Profumo said: “It’s raised everyone’s spirits, very important at this time of year for communities to get out and about.

“Sometimes people overlook the countryside and its many attractions and blandishments.

“On a day like this there’s nowhere else I’d rather be in the UK.”