The ships' horns could be heard some nine miles away in Brechin. 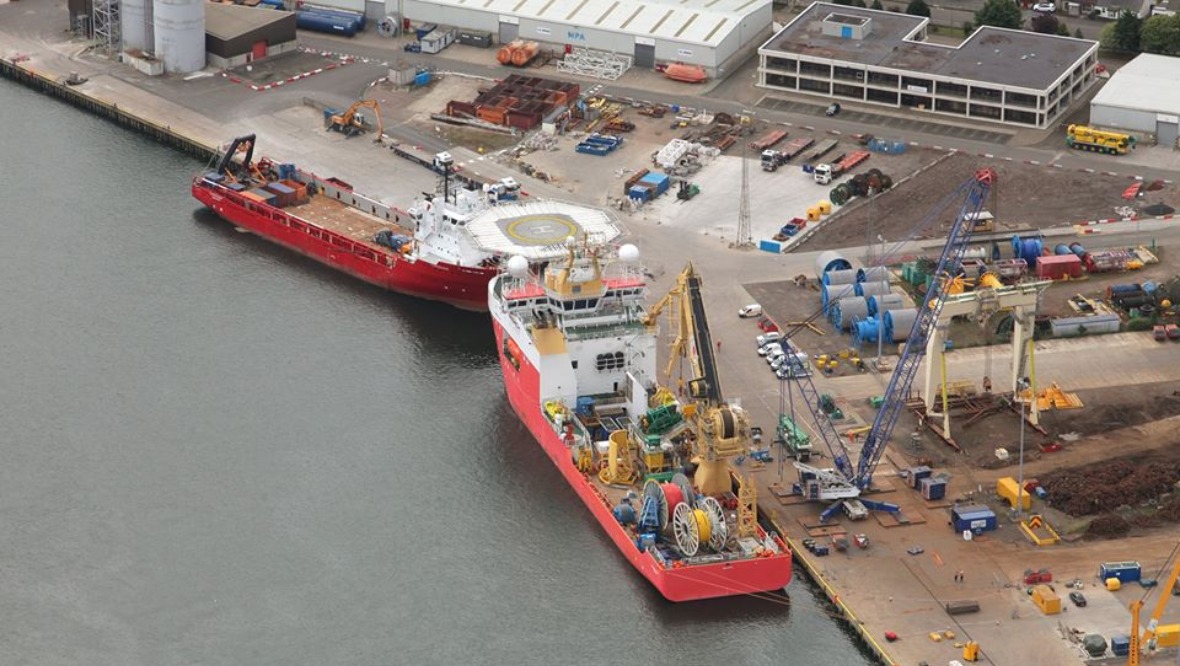 Ships in the port of Montrose gave a rousing blast of their horns as part of the national applause for NHS workers last night.

The fleet of mostly European ships took part in the mass show of appreciation for NHS workers at 8pm.

Anchor handler the Loke Viking sounded her horn first before a further seven ships joined in.

The sound could be heard for miles around with residents in Brechin, some nine miles away, reporting they could hear it.

Montrose Port CEO Tom Hutchison said: “Someone had the idea on Friday and port control then spoke to all the vessels. They were more than happy to join in.

“We have Norwegians, Danes, Swedes and Germans in port just now and they’ve got healthcare systems at home which are under huge pressure, and of course they use the NHS here. So they were more than happy to take part and show their appreciation.

“Some of the ships crews went down onto the quay and gave a round of applause too.

“It was quite something to hear, quite emotive really. It made me proud.

“It was nice to see some of the NHS staff posting on social media about their responses to the show of support. The bravery they’re showing is unbelievable.”

The mass applause took part throughout the UK at 8pm on Thursday night.

Thousands of residents clapped from balconies, windows and front doors to show their appreciation for NHS staff who are battling coronavirus.