Harbour facing delay to repairs after work grinds to a halt 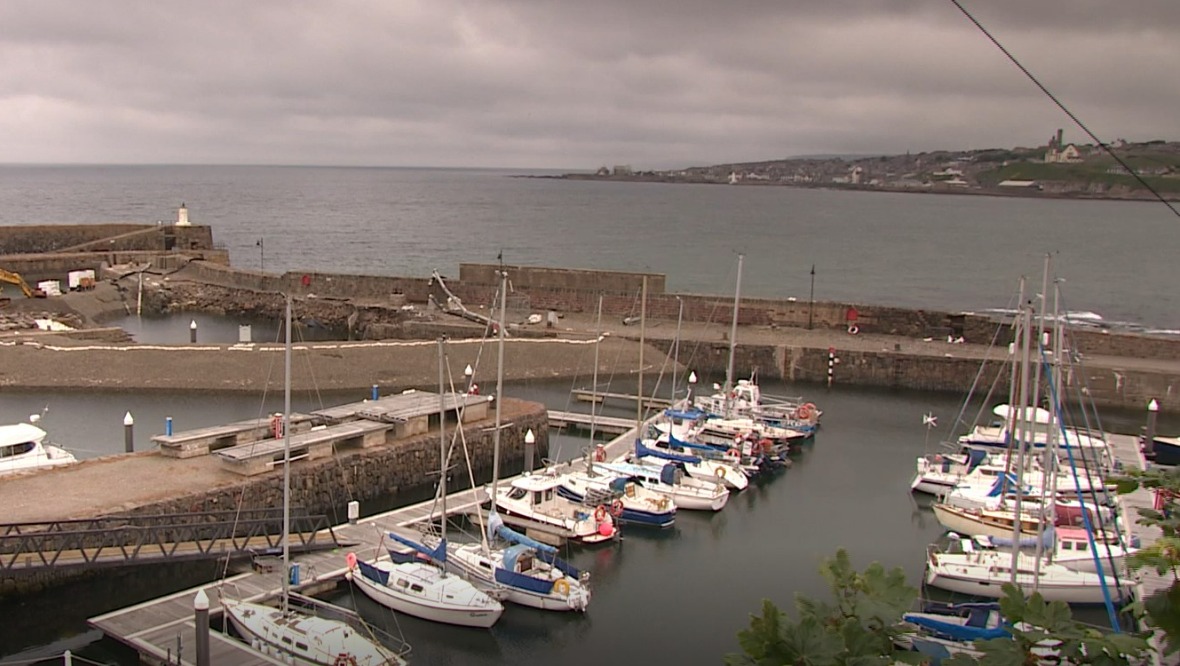 More than two dozen boats are trapped in an Aberdeenshire harbour for at least an extra few weeks as work to repair the port grinds to a halt.

Contractors Lochshell downed tools at Banff Harbour after discovering “unexpected ground issues” – reportedly relating to the level of the rock-head and backfill of the stone masonry work.

A redundant railway jetty within the near-400-year-old harbour was partially crumbled by a storm in 2017.

Work to replace the damage and other sections began in January this year – which closed access to the port and trapped more than 20 boats within.

Some owners are said to be “frustrated” at the news their vessels won’t be free within the original agreed timescale.

The job was scheduled over the summer period to align with better weather, but delays could push work into difficult winter conditions which some fear would put the future of the harbour at risk.

One local told STV News: “If it’s not fixed before the bad weather arrives, how long will these boats be here for?

“This is people’s livelihood. How long is it going to [go] on for? Is it permanently closed?”

However, Aberdeenshire Council say they’re working closely with the contractors and assure work will resume at some point.

Philip McKay, head of roads, landscapes and waste services at Aberdeenshire Council, said: “I think there is still a reasonable window and if we can get these issues resolved and the contractor back on site – not everything was on the critical path – then realistically we will be a number of weeks after September.

“But actually, until we get the issues with the contractors resolved it’s just too difficult to say.”

Lochshell reportedly released a statement claiming the firm needs updated contract design documents from the council before it can proceed.

But the local authority says the documents are for a separate section of the build and should not impede the ongoing work.

Mr McKay said: “That’s for a slightly different issue relating to the jetty in terms of the slope detail on the concrete – which really isn’t on the critical path.

“While they are waiting for that – that’s correct – it really should not be holding up the works they’re doing at the moment.”