Hairdresser opens at midnight to sort out lockdown locks

Salons and barbers are among the businesses allowed to reopen as coronavirus restrictions ease. 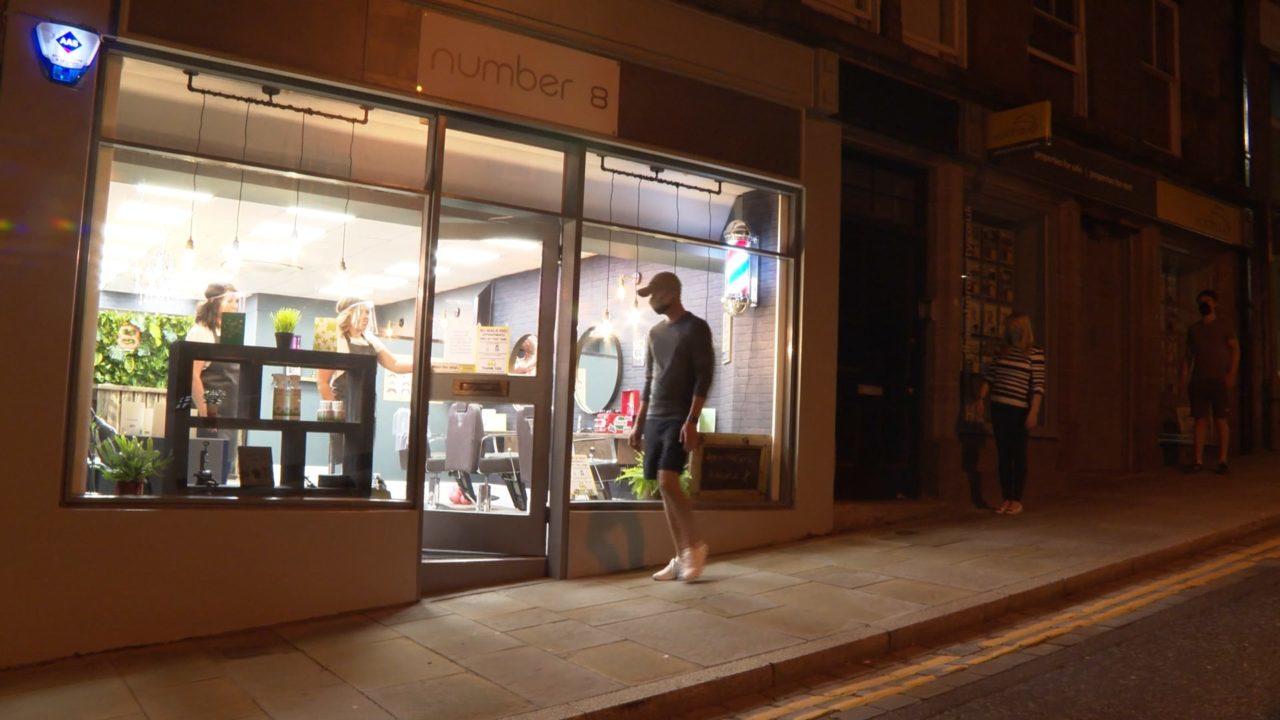 A hairdresser in Angus was one of the first in Scotland to open its doors as coronavirus restrictions were eased.

Pubs, restaurants and tourism businesses were all allowed to reopen on Wednesday.

She said: “I never thought it would be this long, just thinking back to when we heard Nicola Sturgeon on the radio saying we had to close immediately.

“We thought it would just be the matter of three weeks and here we are nearly four months later.

“It just seems strange I’ve not picked up a set of clippers in that time.”

Hayley said the chance to let clients in as soon as possible made sense.

“We’re very keen to get back and we knew there would be people willing to come in at any time to get their hair cut, they’ve waited so long for this,” she said.

The first customer, Kerry, was in the chair just after midnight.

She said: “I suppose the biggest fear was a huge queue of people, so when I said I would come at any time I meant it.”