Millions of pheasant eggs and chicks lost to bird flu and delays entering the UK from France.

A shortage of pheasant eggs and chicks has sent prices soaring ahead of the game bird shooting season.

Out of the 22 million that would normally arrive in the UK from France, around half have been lost to bird flu or faced delays blamed on Brexit.

Game bird shooting is usually worth an estimated £80m to the Scottish economy, but it’s feared that figure could be slashed by half this year.

Kenneth Horne, a gamekeeper at Teasses Estate in Fife, told STV News: “Chicks used to cost 80p to £1, but they’re now £3-4 each, so it’s quite a severe increase.

“We have a few indigenous grey partridges and we sometimes release some red-legs, but this year they’re prohibitively expensive so we won’t be going down that road.

“We’re hoping [in] September, October, the ducks will carry us through and hopefully, still fingers crossed, we’re going to get some pheasants.”

Colin Shedden, from the British Association for Shooting and Conservation, said:  “Gamekeepers provide thousands of tonnes of wheat to their pheasants throughout the winter months and into the spring as well, and it’s not just the pheasants that benefit.

“Many species of small songbirds [and] grain eating birds also gather around these feeders.

“So there’s going to be conservation impacts of this.”

Estates are now being offered advice and guidance about rearing and releasing their own birds to ensure they become more robust to the international market.

But some reform campaigners believe the time has come to diversify.

Max Wiszniewski from the Revive coalition said: “One of the things that has to happen in Scotland, which would fit a modern Scotland, is a diversification away from sport shooting estates, which take up a huge land area in Scotland for relatively little economic value compared to some alternatives.

“Diversification to meet an era where we’re trying to fight climate change means reforestation, protecting our peat lands, rather than burning on it, and supporting our rural economies.” 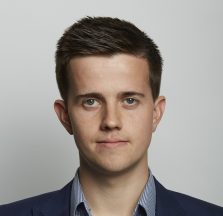 Scotland is renowned across the world for its top quality game bird shooting, attracting many thousands each year.

But with estates facing many uncertainties and the economic impact yet to subside.

We’re being warned to expect changes and big impacts to this year’s shooting season.