John MacGillivray's funeral was delivered by son Vincent on the steps of the hotel where he greeted guests for decades. 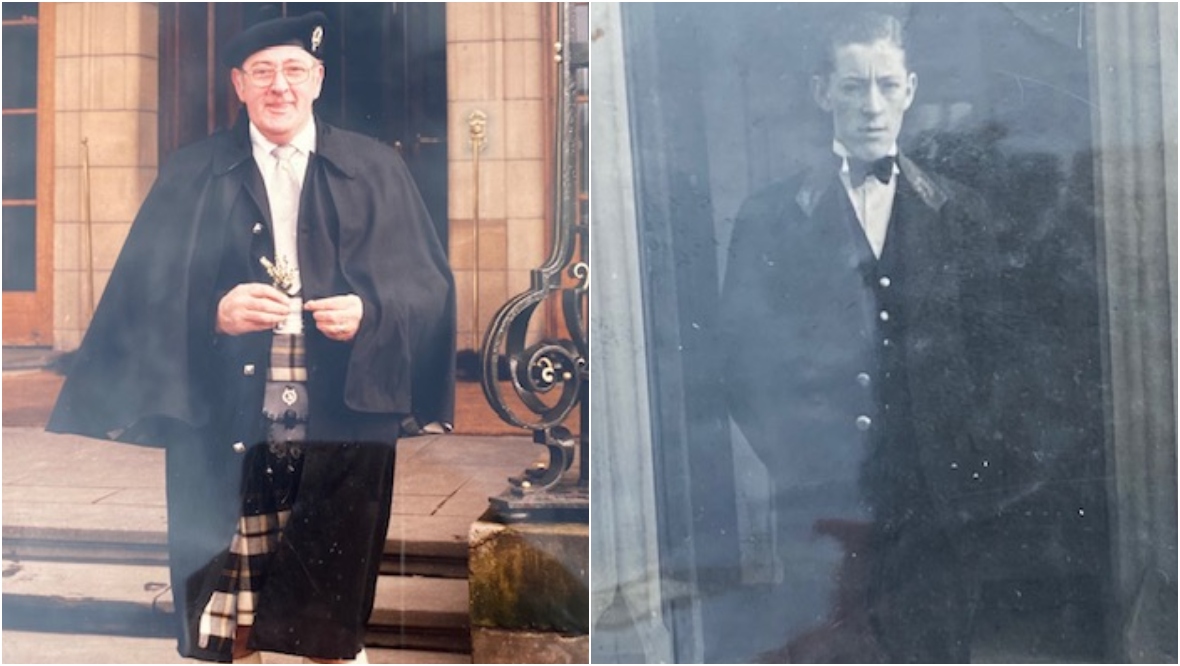 A man who was the face of Gleneagles Hotel has returned to his cherished place of work for the final time.

John MacGillivray, who worked at the hotel as its head doorman, died last week at the age of 89.

On Monday his funeral service, delivered by his son Vincent, was held on the steps where for years he greeted and helped guests from all walks of life.

His family said it was a fitting tribute to a highly-respected, much-loved man, affectionately known as Big John at a place he cherished.

John was born in 1930 into a farming family near Inverness and educated in Nairn.

His daughter Patricia said when her father first arrived at the hotel to work as a page boy in the 1940s, he was swiftly told he must use the back door instead of the front one.

“He was told ‘you’ll never stand on these steps’. Because they were sacred, you really had to be somebody to go to Gleneagles or go up those front steps,” she said.

At the hotel he met a young chambermaid, Patricia.

They fell in love, married, and went on to have seven children.

During his time at the hotel, ‘Big John’ met some of the biggest names in show business and sport.

Sir Jackie Stewart, Bing Crosby, Sean Connery and Bruce Forsyth were among those he helped with bookings and other requests.

When they returned to the hotel, they would give him signed photographs which he kept until the day he died.

His daughter Jacqueline said: “He would recount to me that Bing Crosby would set off for his round of golf in the morning and he would give my dad a little serenade as he set off.”

John’s wife Patricia died last Friday, just five days after her husband passed away. She was 86.

Their son Vincent said: “They were together at the end and very sadly even within a few days of my dad dying my mum had passed too. So I guess they just probably couldn’t live without each other.

His family say he will be remembered as a man who instilled in them the importance of good manners and for whom nothing was too much trouble.

“A fixer of problems, a friend to the famous, he knew them all,” said Vincent.

Friends and family, including former and current members of staff paid their respects outside the hotel during the service.

The service ended with Vincent repeating the words so often uttered by his father: “Checking out Sir…your car is at the door.”