Hailey Mann is living with cystic fibrosis but her life has completely transformed after receiving Kaftrio. 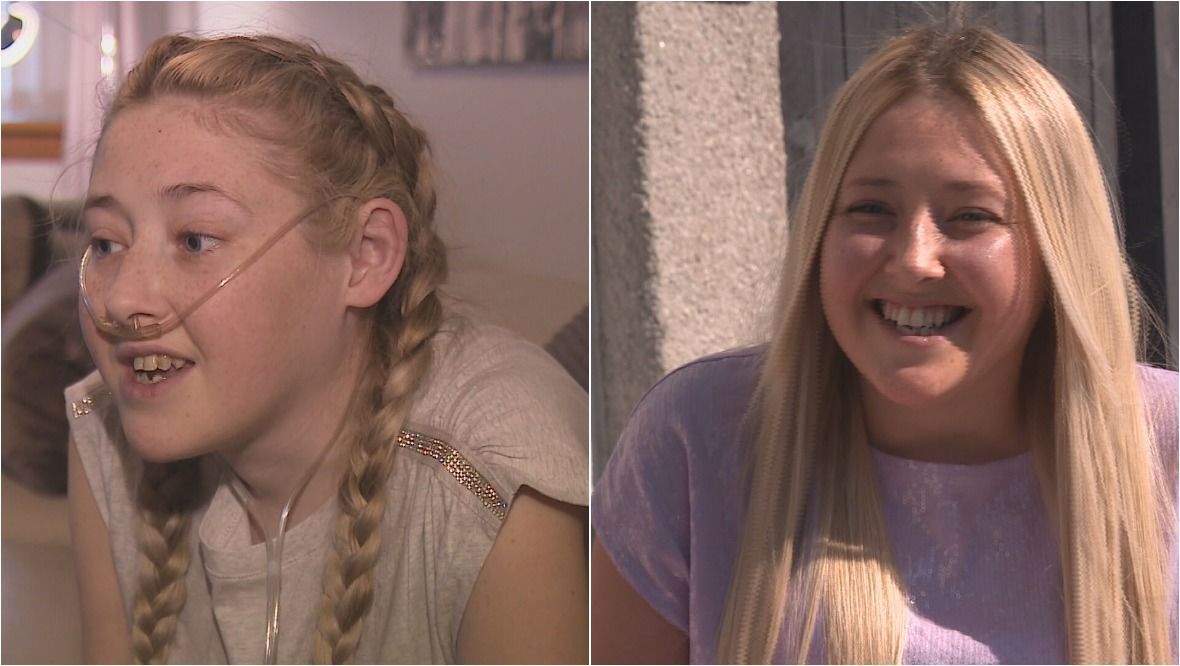 A woman with cystic fibrosis says she’s feeling ‘fantastic’ just a year on from preparing to receive end-of-life care.

Hailey Mann, 25, had potentially just months left to live when she was given the new drug Kaftrio on compassionate grounds one year ago, several weeks before it was approved for widespread use by the Scottish Government.

Fast-forward 12 months and Hailey’s outlook has improved considerably thanks to the revolutionary medicine.

“It’s definitely exceeded 100 times what I thought would happen. Just before this time last year I was bed-ridden downstairs because I couldn’t get myself upstairs. It was more that I was existing, rather than living.

“I think those two weeks, even before the (drug) was licensed were vital, absolutely vital, just from when I was told to make end-of-life plans…honestly I don’t know if I would be here without that two weeks.

“I mean that first tablet that I took, there were changes with my breathing within four hours. By day four, day five, I didn’t have any oxygen and life was just different, totally different.”

Kaftrio is a “triple combination therapy” and contains three drugs – ivacaftor, tezacaftor and elexacaftor – which improve lung function and helps those with cystic fibrosis to breathe more easily.

The heriditary condition is caused by a genetic mutation that disrupts the body’s ability to regulate salt and water transport in the body, causing damage to the lungs, digestive system and other organs.

Before Kaftrio, she was preparing for end-of-life care. Hailey’s condition was so urgent that she was eventually granted the drug on compassionate grounds two weeks before it was officially approved.

When Hailey, from Westhill, Aberdeenshire, was too weak to fight her cause, her mother Alison Gauld was always in her corner.

She told STV News she is thrilled at her daughter’s progress.

“It’s a bit of a blur last year if I’m honest – this time last year. We had been given weeks for Hailey and we were told that that drug, as much as she might get it, might not work for her because she was so poorly,” she said.

“But we still had to fight for it and thank god we did.”

And Hailey is not alone as experts say Kaftrio has exceded all expectations.

Dr Keith Brownlee, director of medical affairs at the Cystic Fibrosis Trust, said: “Truly and utterly remarkable to tell you the truth.

“I worked as a paediatrician for around 30 years caring for families and children with CF and throughout those 30 years we were dealing with the consequences of CF, but these drugs begin to treat the fundamental cause of CF, so they are truly revolutionary.”

Now with her whole life ahead of her, Hailey is looking forward to the little things which mean so much.

She said: “I want to see my little sister growing up, learning new things and doing new things, climb up the stairs and go down the slides with her – just things I never thought I would be able to do again is amazing, and she loves it too.”