Francois-Marie Dibon feels confident that his team will shatter the record. 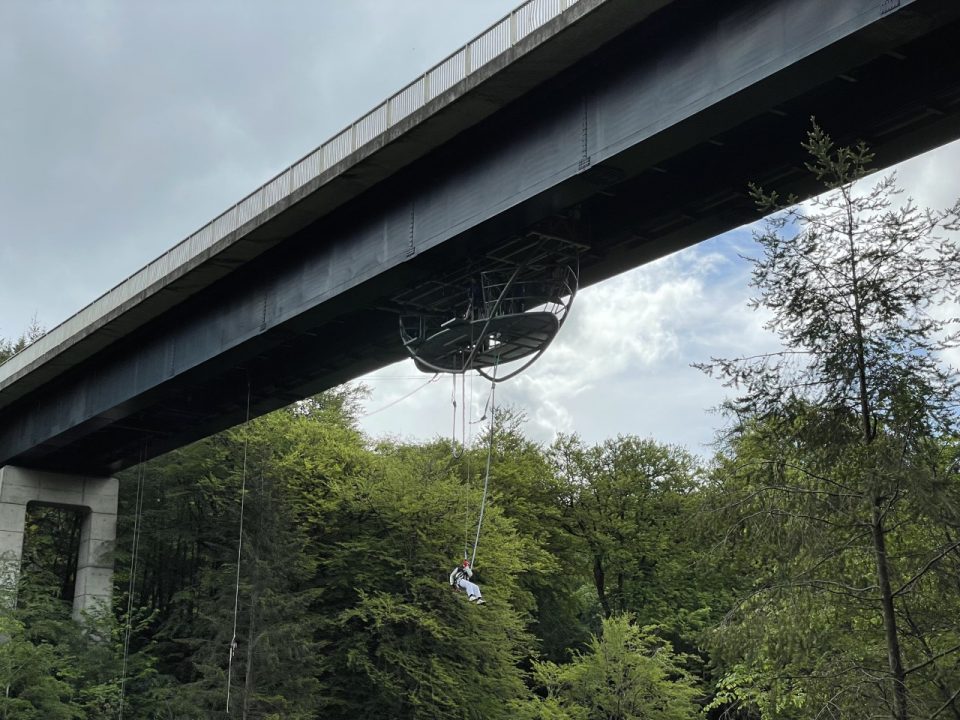 A Frenchman who had a childhood fear of heights has begun his attempt at breaking the 24 hours bungee jumping world record.

Francois-Marie Dibon has insisted that he feels confident that his team will shatter the record at River Garry in Perthshire.

The 44-year-old Paris-raised actuary opened his bid from the Highland Fling Bungee platform below Garry Bridge on Tuesday morning.

Plummeting 40 metres towards the river, Francois is hoping to beat the current record of 430 jumps set five years ago at Auckland Harbour Bridge in New Zealand.

Before taking his first jump, abetted by his crew of 15 from Highland Fling Bungee who are working in shifts, he told STV News he was feeling “happy and in the present”, despite the challenge awaiting him.

Francois retained a deep fear of heights well into his 30s, before completing his first bungee jump 11 years ago.

He said: “I wanted to have a re-set after combining work and exams. I knew the fear I had but I like to try to overcome fear.

“To be honest, the first bungee jump I ever did was terrible. It was a ‘potato jump’ and I am glad there is no video evidence of it. So, I wanted to go back immediately, to do it again- and do it better.

“I have said before, when doing bungee jumping, ‘I could do this all day’. Well now I am putting that to the test. I will get very tired at some point but we can rest a little. I hope we can make this record. We will see. I would like to bring the record to Scotland and this incredible team around me.”

Dressed in white and black, Francois-Marie took his first jump at 10.10am, seconds after the song The Wind Cries Mary by Jimi Hendrix sounded out from the bungee platform.

The first jumps went smoothly with a good pace and, despite light showers, the Scottish weather held up, breaking into intermittent sunshine.

Francois-Marie will take on food and fluids during the 24 hours, jumping through the night, and will break periodically for micro naps.

Laurie “Loz” Thomas, jump master and operations manager, said: “We have been talking about the record for some time now and we were looking for someone who could jump.

“Francois came here a few years ago, did about 30 jumps, and we thought: ‘Who is this guy?’ We knew we had our man. He is a great person to work with. Hopefully, as a team, we can do this.”